Before recently, Mart Green had never been in a movie theater, but he's the driving force behind two new films about the 1956 missionary martyrs in Ecuador—and the tribe that killed them.
by Mark Moring April 26, 2005

Mart Green wouldn't be your first choice to be the driving force behind a movie, much less two of them. After all, until just a few years ago, the 42-year-old retailing magnate had never even been in a theater!

Green grew up in a conservative Christian home where movies were shunned, though his parents could've bought the local theater—or a whole chain of them, for that matter. His father, David Green, founder and CEO of Hobby Lobby, is listed among Forbes' 400 Richest Americans with a net worth of some $1.2 billion.

A product of that retail world, Mart Green is now founder and CEO of Mardel Christian and Education Supply stores—so he's also got a few bucks to spend. Several years ago, he decided to spend some of it promoting the Bible in a nationwide marketing campaign similar to the "Got Milk?" blitz. He'd even chosen the slogan: "This Book Is Alive."

But that idea got sidetracked after Green heard Steve Saint, son of one of the 1956 missionary martyrs in Ecuador, speak at a missions conference with Mincaye, one of the Waodani Indians who'd killed the martyrs—including Saint's father.

Soon, Green's Bible blitz idea took on a different shape—in the form of a feature film about those 1956 events: "Instead of doing a 30-second commercial," says Green, "we ended up doing a two-hour movie about the power of God's Word." He formed a production company, Every Tribe Entertainment, and hired some pros to make the movies—including a big wheel who left Sony Pictures to helm the project.

That feature film, End of the Spear, will open in theaters next January, the 50th anniversary of the death of the martyrs—Jim Elliot, Pete Fleming, Ed McCully, Nate Saint, and Roger Youderian.

A second film, a documentary ... 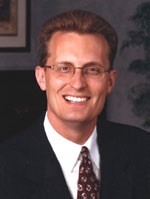