That's the question we posed to two Christian filmmakers on both sides of the issue. We initiated an e-mail debate between them, and while there were no easy answers, the lively exchange is instructive. Part 1 of 4.
July 11, 2005

At Christianity Today Movies, we like to wrestle with the Big Questions. You know, like: "Can George Lucas redeem himself in the last installment of his Star Wars saga?" And: "Will Disney be faithful to the Narnia books in its film adaptations?" And: "Will Tom Cruise's hair still be absolutely perfect after all those cool explosions in War of the Worlds?"

And, of course, this: "What's a Christian film?" We explored that topic in an insightful 4-part series last year, but lately we've been wrestling with a more pointed question: "Just how explicit, in the things of faith, should a Christian film be? Should it be in your face with Jesus and the gospel, or should it be more subtle?" There's no easy answer, and the answer likely begins with the words, "Well, it depends …"

Rik requested that Angela start the conversation. And that's where we begin …

The primary reason people make movies is to tell stories. When someone finishes telling a story, the first question asked is, "What's the moral of the story?" The level of thought given to that question and the length of conversation it invites help determine how long the story and its message remain in the mind of the viewer.

Everyone involved in the process of filmmaking—from the screenwriter to the casual viewer—wants to explore the true message behind what's happening on screen. If that message is spoon-fed to the audience, its impact is greatly minimized, if not completely lost. The voice-over epilogue in Seabiscuit practically ruined that film for me. There was nothing left to say, nothing to explore. I felt underestimated—cheated out of the chance to create my own analysis.

In weekly sermons, Christians have grown accustomed to hearing a story told and then having the message translated for us. We shouldn't expect the same from filmgoing audiences. As Christian filmmakers, we should provide our audiences the opportunity to explore the themes of our films and allow the Holy Spirit to draw them to himself through those themes. For most non-believing audiences, this would be better received than a force-fed sermon on celluloid. As we make powerful, entertaining films with gospel-oriented themes, the Holy Spirit can use them to plant seeds of truth into the minds of those who would otherwise never seek it.

In some quarters of Christendom, there exists a curious resistance toward any film made by a Christian that has any explicit "Christian" theme or dialogue at all—at least in any affirming way. At times, it seems as if there's an outright push to discourage filmmakers of faith from consciously incorporating their faith or worldview or spiritual journey into their work.

Some of this resistance is historically justified, but because of a collective knee-jerk reaction to some poor-quality, overly simplistic "religious" films of the past, we might now be in danger of crushing the spirit of a blossoming generation of filmmakers who are willing and able to do the hard work of finding creative, honest ways to incorporate their Christian experience into their craft. And this is the very moment in history when the world cinema is perhaps most open to what these young filmmakers have to offer.

Familiarity can breed contempt, it's true—in both life and story. There are themes and ideas that might be evident, possibly redundant, to a Christian that may not be to someone who has never been to church. I think we, as believers, are so busy slapping each other around with the latest emerging paradigms that we often forget this. What may seem obvious to the former is quite possibly groundbreaking for the latter. A filmmaker who denies his or her own spiritual journey as part of his or her artistic work might just be denying the very thing that will make his or her film stand out with critics or audiences. It's all in the approach. 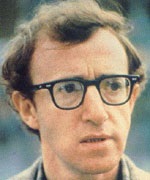 Would we ask Woody Allen to be less Jewish in his filmmaking?

Can you imagine someone asking Woody Allen to make his films less Jewish? Or Oliver Stone, less socio-political? Or Spike Lee, less African-American? It doesn't matter if you like or agree with any of those filmmakers or their films. What is undeniable is that their singular perspectives helped each of them to stand out. We applaud powerful, successful films like City of God and Whale Rider for the unique and specific peeks into unfamiliar territory they provide, and rightfully so. We marvel at their authenticity and detail, and yet, at the same time, we ask—often demand—that filmmakers who happen to be Christian leave their own authenticity and detail at the door.

Good filmmaking is good filmmaking and bad filmmaking is bad filmmaking—Christian or Zen Buddhist or Wiccan, it doesn't matter. Lose the labels; let's focus on craft. But don't expect filmmakers to deny who they are or their own life experiences. Does every film made by a believer have to have obvious "Christian" content? Absolutely not. But neither should it be avoided by design. Wouldn't we be wise to patiently encourage our young filmmakers to deepen and make more genuine their spiritual journeys and discoveries on film, not deny or suppress them?

I'm not sure I agree with your idea that everyone is concerned with "the moral of the story." I'm not saying folks shouldn't ask that question, but I doubt if viewers are asking it after Meet the Fockers or Anchorman: The Legend of Ron Burgundy. People go to movies to be entertained or moved emotionally or taken to another world; anything else is gravy. That said, I do agree with your assumption that every story, like it or not, has a moral.

Samuel Goldwyn said, "If you want to send a message, call Western Union." This quote is usually invoked only when someone doesn't like the perceived message of a film. Even so, I agree that spoon-feeding a message to an audience is not the best way to go—but not because audiences want to "explore the true message" of what they're watching. People want to eat popcorn and enjoy a good story; spoon-feeding them anything that gets in the way of that can wreck the whole experience. The trick is to make your message organic to the story and characters, whenever possible—much easier said than done. But, if unsuccessful, the solution is to try again, experiment, be creative—not cut out the message.

Schindler's List' is a case of a filmmaker taking sides

Seabiscuit's narration didn't work for you, fair enough; I also prefer "show, don't tell." You didn't say you disagreed with the "message" of Seabiscuit, but simply being beaten over the head with it. Amen. But sometimes, if the issues of a film merit direct debate or dialogue, as with Hotel Rwanda or Schindler's List or Final Solution, I'd contend that it's not only acceptable but commendable to hit things head on. Can a filmmaker never take sides? Isn't there sometimes a place for being direct?

Movies are not sermons—I couldn't agree with you more on that one. And, too often, screenwriters (myself included) have tried to shoehorn their theology into the mouths of their characters—a bad, bad idea. But if you're saying that most "non-believing audiences" won't respond positively to a film with direct Christian content, I respectfully but strongly disagree. I've seen it happen with my own film, The Least of These, which has some very direct "Christian" content but was warmly received at many festivals—most of them secular in the extreme. Some fellow believers had encouraged me to remove some explicit "Christian" dialogue at the end of the film for fear that it would turn off "non-believing audiences." After a lot of soul-searching, I left it in, not knowing if it was a mistake. As it turned out, that very ending was the reason doors opened to many festival screenings and the eclectic audiences who embraced the film.

Now, did every single person like my film? No. Does every single person like any particular movie? No. And that's important to keep in mind, especially when talking about "gospel-oriented themes." At the end of the day, whether a filmmaker uses a feather or a cattle prod to deliver his take on the gospel, the inclusion of those themes or direct dialogue will always draw some, and repel others. Until the end of time, the gospel, in any form, will continue to meet with mixed reviews because it so clearly reveals our brokenness, our rebellion, and our need for salvation. But when it comes to film, I agree that it's best to simply share your story as masterfully as you can, plant the seeds, and let the Holy Spirit do the rest.

But just to clarify, are you saying that characters in movies made by Christians should never talk about or wrestle with the existence of God? Or pray? Or refer to Scripture? Is that true to life as you know it? Perhaps it would help if you described, specifically, the type of "force-fed sermon on celluloid" that should be avoided.

Also, I wonder, why do we filmmakers of faith currently find ourselves tripping over each other to please the biggest audience possible and prove how edgy and UN-Christian we are when Clint Eastwood is free to weave religious discussion into Million Dollar Baby? Many may not like all the conclusions drawn by that film, but at least Mr. Eastwood was willing to have some frank discussion about his, dare I say it, message.

Continued: Part 2: The Moral of the Story

Rik Swartzwelder is a writer-director-producer whose films have screened at more than 120 film festivals and garnered more than 40 major awards, including a Crystal Heart for his 35mm short, The Least of These. He earned his M.F.A. in Motion Picture Production from The Florida State University and is currently in Los Angeles developing several projects. For more info, please visit www.oldfashionedpictures.com.

1 of 2
Would we ask Woody Allen to be less Jewish in his filmmaking?Schindler's List' is a case of a filmmaker taking sides