So says Walden Media President Micheal Flaherty, who's feeling the heat to get The Lion, the Witch, and the Wardrobe exactly right. But Flaherty promises audiences a "fantastic, faithful adaptation."
by Mark Moring October 4, 2005

In only four years of existence, Walden Media has shown it can turn great books into fine films: Holes (2003) and Because of Winn-Dixie (2005) are evidence enough. But Walden dropped the ball on Around the World in 80 Days (2004), a critical and box-office disaster. The difference? Holes and Winn-Dixie were faithful adaptations of the books, while 80 Days—little more than a slapstick farce starring Jackie Chan—was not.

The lessons learned, says Walden co-founder and president Micheal Flaherty, were simple: Be faithful to the story. Or, put another way, Don't screw it up.

Right now, the heat is really on Flaherty and Walden, the film studio producing The Lion, the Witch, and the Wardrobe, releasing December 9. Walden partnered with Disney to market and distribute the film, but Walden retained all creative control. So, if you like the movie, you can thank Walden. If you don't like it, you'll know exactly where to lay the blame.

Since Wardrobe—one of C. S. Lewis's Chronicles of Narnia—is among the most-loved books in evangelical circles, Flaherty, a Christian and Narnia fan himself, says the pressure to get it right is "insane." But Flaherty, 37 and the father of three young children, promises it will be a "fantastic, faithful adaptation."

I've heard that the Columbine High School shootings had an effect on your life and faith, and even played a part in the formation of Walden Media.

Micheal Flaherty: I was thoroughly depressed after Columbine, but I started to get encouraged when I read about how strong some of the young victims' faith was, particularly Cassie Bernall and Rachel Scott. One thing I found interesting was that these kids loved films. Cassie's favorite movie was Braveheart, and I think Rachel's ...

Join in on Facebook
Tags:
None
Posted:
October 4, 2005
More From:
Mark Moring 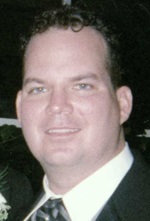