What defines our identity and sense of morality? Is it our family ties and the sins of our past? Our actions today in the work we do and decisions we make? Or perhaps something deeper that affects the heart and soul, like love and grace?

You wouldn't expect such philosophical questions from a standard cops-and-robbers drama, but then again, 2002's Infernal Affairs wasn't exactly standard. A blockbuster hit in Hong Kong and highly acclaimed among American film buffs, it skillfully played with an intriguing premise so intricate, yet simple enough to make you wonder why no one devised it sooner. A gangster sends one of his young protégés to work his way up in the police force as a mole to serve his needs. Meanwhile, the police send one of their own undercover to undermine the crime boss. Both covert agents are aware of the other's existence, and both try to uncover the other's identity before they're found out. But what if the undercover cop plays the role of a thug too well, and what if the mole learns to enjoy becoming a cop?

The story proved so intriguing, it captured the attention of director Martin Scorsese and actor Leonardo DiCaprio while they were making The Aviator in 2004. Suppose the story were transplanted to the U.S., say the mean streets of Boston. What if the film took more time to develop the back-stories and motivations of the key players? And what if Jack Nicholson got on board to deliver a crazed, Oscar-worthy performance in an expansion of the crime boss role? Enter The Departed, Scorsese's Americanized adaptation of Infernal Affairs.

Only the most devout fans of Hong Kong cinema would be so enamored with the original to say there's no improving upon its excellence. Several characters were under-developed, ...

Join in on Facebook
Tags:
None
Posted:
October 6, 2006
More From:
Russ Breimeier 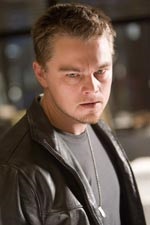