Ex-Korn guitarist Brian "Head" Welch recounts his self-destructive rise to stardom, and the major changes in his life since praying to God for deliverance.
Troy Anderson|August 13, 2007

It was 2004 and Korn's lead guitarist Brian "Head" Welch had hit rock bottom. As a member of the controversial nü-metal band that became the voice for youth worldwide with lyrics about alienation and abuse, the pressures of the rock star life had torn his marriage apart.

Addicted to methamphetamines and alcohol and left to raise his daughter by himself, the childhood dream of stardom had become a nightmare for the longhaired, bearded, and heavily tattooed musician. The wealth and fame he once thought would bring him happiness and fulfillment had left him miserable and empty, mired in a dark depression.

At the end of his rope, Welch prayed … and God answered in a big way.

The Rise to Ruin

Brian Welch grew up in Bakersfield, a central California city nicknamed "Bako" for its scorching desert heat. In 1980, while listening to a drum solo on an 8-track Queen tape, the ten-year-old boy decided he wanted to play drums. But his dad talked him out of it, recommending the guitar instead. He started taking lessons.

"I instantly got good," Welch said. "I had an ear for music. I was figuring out heavy metal songs by Ted Nugent, Ozzy Osbourne, and Queen really quick the first couple of years."

While his talents as a guitar player progressed and he played in various bands, Welch said he also developed a "paralyzing fear" that haunted him even as he gained riches and fame—a condition he attributes to his father's angry outbursts, as well as bullies who picked on him and nicknamed him "Head."

By high school, Welch had met most of the members of what later would become Korn. It was here near Death Valley where Welch and fellow guitarist James "Munky" Shaffer developed the groundbreaking band's heavy, growling metal-influenced ... 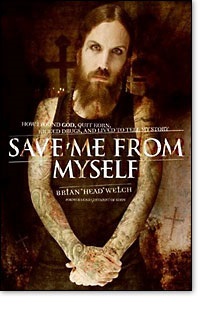