Conversions, deaths, and appointments from the evangelical world.
November 19, 2007
This article is from the December 2007 issue. Subscribers can read all of CT's digital archives.

Converted • Jeffrey Steenson, Episcopal bishop of the Rio Grande, to Roman Catholicism. Just last year, Steenson addressed his diocese, explaining why he was staying with the Episcopal Church. Raised in an Evangelical Free church before becoming an Episcopalian in his twenties, Steenson is the third Episcopal bishop to leave for the Catholic church this year.

Died • James H. Kraakevik, 79, former director of the Billy Graham Center (BGC) at Wheaton College, on September 26. A physicist by training, Kraakevik served as a physics and mathematics professor at Wheaton College, principal of Titcombe College in Egbe, Nigeria, and director of research and ministries for Serving in Mission prior to coming to the BGC.

Jeffrey Steenson wrote that his concerns about the direction of the Episcopal church were part of his decision to resign.

The James H. Kraakevik Memorial Page at the Billy Graham Center archives has more about Kraakevik's life, as well as an audio clip of him speaking ... 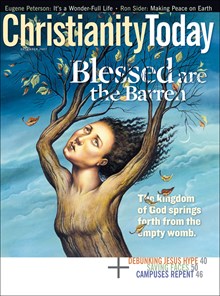 This article is from the December 2007 print issue. Subscribe to continue reading.