Five Streams of the Emerging Church

Key elements of the most controversial and misunderstood movement in the church today.
Scot McKnightJanuary 19, 2007
This article is from the February 2007 issue. Subscribers can read all of CT's digital archives.

It is said that emerging Christians confess their faith like mainliners—meaning they say things publicly they don't really believe. They drink like Southern Baptists—meaning, to adapt some words from Mark Twain, they are teetotalers when it is judicious. They talk like Catholics—meaning they cuss and use naughty words. They evangelize and theologize like the Reformed—meaning they rarely evangelize, yet theologize all the time. They worship like charismatics—meaning with their whole bodies, some parts tattooed. They vote like Episcopalians—meaning they eat, drink, and sleep on their left side. And, they deny the truth—meaning they've got a latte-soaked copy of Derrida in their smoke- and beer-stained backpacks.

Along with unfair stereotypes of other traditions, such are the urban legends surrounding the emerging church—one of the most controversial and misunderstood movements today. As a theologian, I have studied the movement and interacted with its key leaders for years—even more, I happily consider myself part of this movement or "conversation." As an evangelical, I've had my concerns, but overall I think what emerging Christians bring to the table is vital for the overall health of the church.

In this article, I want to undermine the urban legends and provide a more accurate description of the emerging movement. Though the movement has an international dimension, I will focus on the North American scene.

To define a movement, we must, as a courtesy, let it say what it is. Eddie Gibbs and Ryan Bolger, in their book, Emerging Churches: Creating Christian Community in Postmodern Cultures (Baker Academic, 2005) define emerging in this way:

Emerging churches are communities that practice ...

Five Streams of the Emerging Church

Five Streams of the Emerging Church
expand
hide this 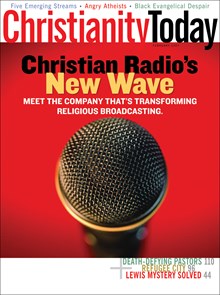 This article is from the February 2007 print issue. Subscribe to continue reading.