So, what do we call this new Hulk movie? It's not a true sequel to Ang Lee's 2003 Hulk, since none of the actors or filmmakers return for this version. Nor is it a remake, since this film doesn't retell the same origin story—in fact, The Incredible Hulk sort of picks up where Hulk left off.

The term that's being thrown around is "requel," and it's as descriptive as anything else short of a flat-out do-over. Despite Lee's inventive filmmaking—most notably his use of comic panels to tell the story on screen—Hulk was a commercial failure. Maybe it had something to do with Hulk battling a mutant poodle and that ambiguous cloud creature.

But failure is not an option for Marvel Comics, as The Hulk remains a company tent-pole nearly as popular as Spider-Man. Besides, if corny dialogue and a shoestring special effects budget are enough to yield a successful '70s TV show, then surely Hulk's story can easily translate to the big screen, right?

The Incredible Hulk never really acknowledges the previous film, but its opening credits montage vaguely explains Bruce Banner's fateful accident in an experiment with gamma radiation. The intense sequence is somewhat reminiscent of the events in the first Hulk, though stylistically it owes more to the TV show. Suddenly Banner wakes up from his nightmare and we're in Brazil; the 2003 movie ended in South America.

The opening 15 minutes are the best: a fascinating character study of Banner (Edward Norton) with minimal dialogue. The scientist is laying low, living in a slummy one-room apartment and working at a juice bottling factory. It's the portrait of a sad, lonely man learning to control his "condition" while quietly searching for a cure. Treating his radiated blood as an infection, he wears a wrist monitor to keep track of his pulse rate, practicing yoga and breathing exercises to manage his stress lest he become his raging alter ego. The film cleverly keeps track of this with an occasional caption, noting that it's been 158 days since Banner's last transformation—a ticking time bomb waiting to explode.

Things become more rote and obligatory once the military enters the picture. General Ross (William Hurt) wants Banner captured to unlock the secret of gamma radiation and develop an army of super soldiers. His gung ho special ops agent Emil Blonsky (Tim Roth) envies the Hulk's seemingly limitless power and even volunteers for an experimental program that could potentially give him equal strength and speed.

Forced out of hiding, Banner goes on the run and returns home to reclaim his research data. After reconnecting with his girlfriend Betty Ross (Liv Tyler)—the general's estranged daughter—they set out to meet the mysterious "Mr. Blue," who could hold the key to Banner's cure.

There's a lot for fans of the comic books to love here. Marvel Entertainment is not just bringing characters to the screen, but also attempting to create a film universe where they can all interact. Blonsky's character receives samples of an experimental WWII super serum which some may recognize as the stuff responsible for Captain America's enhanced strength and speed. Stark Industries (from Iron Man) is referenced concerning groundbreaking technology. And the final scene (no need to stay through the credits) includes a rather cool cameo, though its purpose will likely elude anyone other than the most devoted Marvel fan. 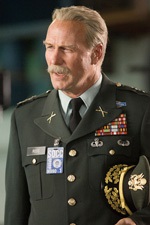 The film gives plenty of nods to the TV show, too. Lou Ferrigno (TV's Hulk) has a prominent cameo, and also voices the Hulk's grunts and spoken lines. Banner is often seen hitchhiking while on the run, and the score makes use of the show's familiar piano theme. You'll even see Bill Bixby (TV's Banner) prominently on a television screen.

But nostalgic references are not enough to sustain a movie. The rest of us need compelling storytelling to keep engaged, and that's where director Louis Leterrier seems out of his league, having previously only worked on the minor action hits Unleashed and both of The Transporter films. Screenwriter Zak Penn also has a mixed track record with Marvel adaptations of X-Men 2 and 3, Fantastic Four, and Elektra. It's very telling that Edward Norton was originally credited as a co-writer, but apparently removed his name once the studio cut 30 minutes in the edit; perhaps a smarter, extended version awaits us on DVD.

The problem is not the effects so much as how they're used. The Hulk may not look as realistic as Gollum did in Lord of the Rings, but he's believable enough through today's motion-capture and computer animation techniques. Yet once we reach the finale's inevitable slugfest, it plays out like the WWF gone CGI—characters bash each other, things go boom, and (how typical) a lot of it is too quickly paced to follow.

Many are saying that this film is more exciting than its predecessor, but I'm not so sure. It took 45 minutes for the Hulk to appear last time, with a total of 3 or 4 action sequences. The Hulk appears earlier in this film—though mostly in shadow, and there are also 3 or 4 action sequences total. All in all, The Incredible Hulk follows a predictable pattern of talk, chase, "Hulk smash," repeat. And with action as staged as this, I found myself longing for more context and character development (like Iron Man).

Too bad we never quite find it. Norton gives it his best shot, appropriately noble and introverted. But after the film's promising introduction, he's reduced to alternating between expressing worry and running. Tyler fares worse, with a performance that often reminded me of Julie Haggerty's Elaine from Airplane (i.e. wide-eyed concern). Her chemistry with Norton's Banner is nil, which nearly kills our investment in both leads.

Meanwhile, Roth glowers in a thinly developed part at best, and though the always capable Hurt seems to be on the verge of something greater, his unsympathetic character spends most of this movie barking orders: "Send in the tanks! Fire all missiles! Where's my gunship?!?!" It's less the actors' fault than the limitations of the script. Only Tim Blake Nelson stands out, infusing personality into his part as a sort of academic mad scientist.

In the first ten years of Hulk comics, even though it was an instant hit, there was an ongoing struggle among creators and fans to find the right tone—from the look of the Hulk (ugly vs. statuesque) to his personality (mindless brute vs. eloquent scientist).

So is it any wonder then that 'ol green skin is having similar trouble finding his way on the big screen? Both Hulk movies actually have more in common than people want to admit, struggling between character study and monster smackdown. We'll finally get a great Hulk movie when filmmakers strike that perfect balance of brain and brawn. This film struggles with both, and though it's certainly watchable, it's no more incredible than its predecessor.

The Incredible Hulk is rated PG-13. Some "brief suggestive content" refers to Bruce and Betty beginning to make out—clothed—in a hotel room, only to stop shortly after. One character is seen barely covered after taking a shower, and another curls naked in a bathtub without revealing anything. There are a few instances of profanity, but very little. The "intense action violence" and "frightening sci-fi images" are mostly slam-bam comic book action, but younger kids may be frightened by characters that turn into brutish monsters and wreck havoc on everything. Bruised and bloodied bodies are shown in the aftermath of Hulk's rampage. Also a dog is shot off camera with a tranquilizer gun—some might mistakenly think it was killed.