The veteran singer/songwriter talks about life after Petra, which includes selling houses and releasing his third solo album.
Andy Argyrakis|May 12, 2008

What were you feeling the day after Petra's last concert in 2005?

John Schlitt It was weird but funny, because I had a solo show the day after the farewell show. In fact, once the last [Petra] show finished on New Year's Eve, I was driven to the airport straight after it. So I remember getting off the stage after my solo gig thinking, Just show me where the bed is! I was mentally and physically beat from everything for the first four weeks, so I did nothing in that time but recharge my batteries. It took about six months for me to go "Man, what's next?" Well, I've built furniture for a long time, but then I got my realtor's license and started taking clients—I even sold a house to my son.

You've previously released two solo albums back to back in the '90s. What accounts for the twelve years between 1996's Unfit for Swine and 2008's The Grafting?

Schlitt It involves Petra again. After [founding member and guitarist Bob Hartman] decided to leave the band, that put the band on my shoulders. It took every ounce of time, so I did a few solo dates, but not many. Before, I was just the singer, so I was able to pursue my solo thing alongside Petra. When I took over Petra, my whole life changed and I was busy twenty-four hours no matter what. It was a big change not having Bob in the band and we went through a lot of personnel changes, so that forced me to stop doing solo projects.

And what about the two years between the end of Petra and this solo project?

Schlitt I loved resting for the first six months. Then Bob called and we toured as a twosome—that was fun and kept me busy for another year. But all this time I was thinking about a solo record. I just didn't have the finances for it. After checking out a couple record ... 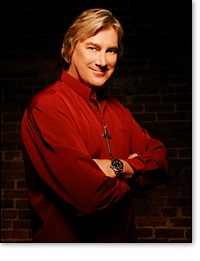