Between his time in the recently reunited Christian metal band Stryper, his solo career, and his remaining time as a dedicated family man, Michael Sweet's schedule appears to be maxed out. But a recent invitation from Tom Scholz—co-founder/guitarist/songwriter for classic rock band Boston—started a chain of offers that were simply too amazing to refuse. Fans of Boston may recall the death of frontman Brad Delp in early 2007, which was followed by a concert featuring surviving members paying tribute to the powerhouse vocalist behind hits like "More Than a Feeling," "Don't Look Back" and "Amanda." After participating at that show, Sweet was officially asked to join the band, celebrating Boston's 30-plus-year career with a worldwide tour. Sweet shared with Christian Music Today what it means to him to be part of one of his all-time favorite bands, especially during a difficult time for his wife and family.

You were last seen and heard after reuniting with Stryper and then releasing your solo hymns project Him in 2006. What have you been up to since then?

Michael Sweet: It's been an interesting year or two to say the least—a lot has transpired that's good and bad. The hymns record did quite well and a lot of great things came from it. But not long after that, in February 2007, my wife was diagnosed with stage four ovarian cancer. She immediately went through surgery—on Valentine's Day—and we've been going through the ups and downs of treatment over the last year. We just keep praying, believing, and remaining faithful that God is going to get her through. I've since recorded the solo CD Touched for my wife, a compilation of covers like "You Are So Beautiful" and "Without You" to really speak to her ... 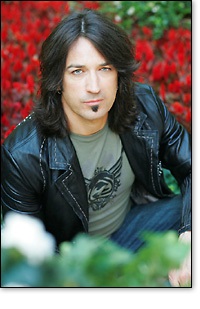