MercyMe's Bart Millard gets Hymned Again with another collection of church favorites reinvented for a new generation.
Russ Breimeier|October 6, 2008

What is it about the old hymns that connect so deeply with people? Is it merely nostalgia for the music that we grew up on? Perhaps a love of heritage? Or are they simply better written songs of worship? Whatever the case, Bart Millard knows that the hymns are a timeless part of the Christian church—his past, present, and future. Back in 2005, the MercyMe frontman recorded Hymned No. 1 in honor of his grandmother. Now he's released Hymned Again for his children, who can't seem to get enough of singing the hymns from the first album. We sat with Millard while he was in Chicago to talk about his reasons for recording hymns and his unique approach of adapting them to different styles of music.

So, Bart, you've been "hymned again"—what led you to return to the well, so to speak?

Bart Millard The first record I did as a promise to my grandmother to do a hymns record before she passed away, so wanted to fulfill that. I think it was after hearing my kids singing these old songs and ask to hear "The Old Rugged Cross" that I realized my church doesn't sing old hymns like they used to. It's such a big part of my upbringing and I want it to be a big part of my kids' lives too, even if it means I have to record them myself to make that happen.

Maybe it's because of your grandmother's hymnbook, but the first album seemed somewhat more varied, whereas this second album feels a little more Southern.

Millard I don't know if I did it on purpose. I grew up in East Texas in a little country church, and at the same time, my dad was a huge fan of everything from Willie Nelson to big band stuff like Louie Prima. For whatever reason, I love those two styles—country and big band—so I wanted to keep an old soul to these records. ... 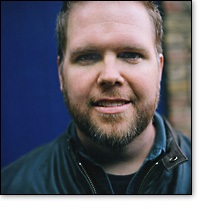