How a southern gospel music star traded glitz and glamour for an opportunity to reach out to the homeless under Nashville's Jefferson Street Bridge.
Andrea Lucado|August 10, 2010

In 1885, a revival swept the city of Nashville when most of the town's commerce lay along the Cumberland River in saloons and brothels. Now, 125 years later, revival may be rumbling there once again. So says Candy Christmas, former southern gospel star and Dove award winner who now ministers to the homeless who reside along the river.

She even believes they'll lead the way. They were certainly the inspiration for Christmas' first album in seven years, On the Other Side (Bridge Records), which released last week. A third-generation member of southern gospel royalty (The Happy Goodman Family were her grandmother's siblings, the Hemphills her parents), Christmas's new album is an eclectic mix of southern gospel classics and hymns, the album reflects what she has witnessed over the past six years, preaching to and feeding the homeless.

In November 2004, Christmas founded The Bridge Ministry—named for its location under the Jefferson Bridge near the riverbank—after taking a pot of jambalaya to a group of homeless people on a visit with a local pastor. The Bridge is now a thriving ministry which includes a weekly church service on Tuesday nights to feed and preach to up to 500 attendees. Other local churches and ministries (including the Salvation Army) also reach out to these homeless. Some of those organizations use the Bridge's 20,000 square-foot warehouse—a resource hub for nonprofits—which is stocked with dry goods, toiletries, and coats to pass out for the winter.

The shade is welcoming under the bridge in summertime, but with 200 plus people crowding around tables of food and sitting shoulder-to-shoulder on plastic folding chairs, the heat is hardly escapable. Nor is the constant sound of rushing vehicles ... 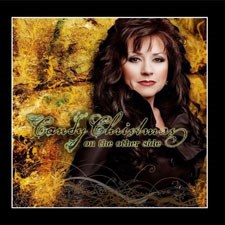