President of Feed the Children fired, James Dobson leaves Focus on the Family, and other transitions in the Christian world.
January 4, 2010
This article is from the January 2010 issue. Subscribers can read all of CT's digital archives.

Fired • Larry Jones as president of Feed the Children on Nov. 6 amid an ongoing power struggle with the charity's executives. Jones has filed a lawsuit and discouraged donations to the charity he founded in 1979.

Retiring • James Dobson, from Focus on the Family's daily radio broadcast at the end of February. The ministry's founder had resigned as president in 2003, and as chairman in February 2009. He announced last week that he will begin a new nonprofit with his son called James Dobson on the Family.

Died • Billy Joe Daugherty, pastor of Victory Christian with a network of 900 schools in 93 countries, on November 22 of non-Hodgkin's lymphoma. He was 57.

Appointed • Bruce Menser as president for Venture International, effective July 1. Leonard Rodgers, who founded Venture International in 1986, began as director for Evangelicals for Middle East Understanding on January 1. Rodgers and Menser met in 1982 when both were working for World Vision in Lebanon.

Elected • Martin Junge, as general secretary of the Lutheran World Federation. The Chilean pastor and former president of the Evangelical Lutheran Church in Chile will start the position in July 2010.

Died • Paul Meyer, co-founder of five educational and youth charities, and philanthropist of Baylor University and over 30 charities worldwide, on October ... 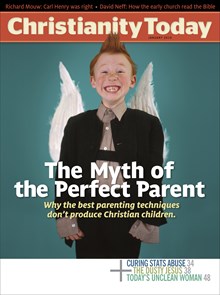 This article is from the January 2010 print issue. Subscribe to continue reading.