Eastwood's film ponders the afterlife, but it seems his mind is already made up. PLUS: Discussion guide for small groups.
Josh HurstOctober 22, 2010
Our Rating

Listening to Clint Eastwood talk about his latest film, Hereafter, one gets the impression that the director views this one as a bit of a departure. Speaking to the UK's Telegraph, Eastwood called this his "French" film, which is only partly true on a literal level—about a third of the movie is set in France, and in the French language—but is a reasonable enough way to summarize its comparatively artsy feel, as well as its structure of three initially unrelated but eventually intersecting stories. He's also called this his "chick flick," which is, again, an exaggeration, but only a slight one; by Eastwood standards, there's very little violence here, and a larger-than-usual role for romance.

Fair enough. Hereafter is, in many ways, a different sort of movie from any of Eastwood's previous. And yet, in other ways, it's not so different at all.

Eastwood the director has been obsessed with human mortality at least since 1992's Unforgiven. Now 80, Eastwood is more prolific than ever, and much of his career as a filmmaker has been spent toiling in the shadow of death. Is it a natural reaction to his age and his long, storied career—or is he simply drawn to the subject in the same way Scorsese is drawn to the causes and ramifications of violence? Tough to say. There's little denying it, though: His thriller Blood Work had human frailty as its core, Space Cowboys was all about old men playing a young man's game, Million Dollar Baby had an ominous undertow from the first frame, and Gran Torino had Eastwood himself playing a man who knew he was in his last days. And oh yeah, he made a pair of World War II movies.

Some of these films are pretty terrific, some not so much; taken together, though, they make for an interesting, ... 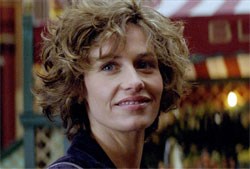