New documentary shows African youth encouraging their peers to save it for marriage.
Katelyn Beaty|December 8, 2011

No one needs to tell any American evangelical born after 1980 that true love waits. The campaign, affiliated with the Southern Baptist Convention, has since 1993 urged young believers, by way of youth-group talks and paper pledges and purity rings, to abstain from premarital sex. The program and others like it root their argument for abstinence in the logic of payoff: "If you wait for marriage, your future sex life will be hot." As communications expert Christine Gardner told CT recently, these campaigns "are using sex to sell abstinence. They are using the very thing they are prohibiting to admonish young people to wait."

The Road We Know, a laudable new documentary about HIV/AIDS prevention in Botswana (is about a youth-led abstinence campaign of an entirely different kind. (Watch the trailer here, and watch the entire film here.)

Botswana, a relatively prosperous, peaceful nation in sub-Saharan Africa, has the second-highest AIDS infection rate in the world, behind nearby Swaziland. One of every four Botswana adults ages 15-49 is HIV-positive; the dire situation led the government to declare a national emergency in 2004. Social agencies and the Ministry of Health have distributed free condoms in the millions, yet Western social scientists and epidemiologists conclude that condoms have mostly failed to prevent the spread of AIDS throughout sub-Saharan Africa. As Harvard scientist Edward C. Green says in an interview in the film (and to CT in 2009), "Condoms have not worked in any country in Africa," despite the good intentions of Western liberals who believe such a strategy will solve the AIDS crisis. (To the consternation of his fellow secular liberals, Green defended the Pope's comments about condom use in 2008.) 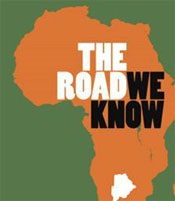