Church and state can join hands to prevent crime and reform criminals.
Interview by Joe Carter|June 7, 2011

Faith-motivated individuals, faith-based organizations, and the transformative power of faith itself are proven keys in reducing crime and improving the effectiveness of the criminal justice system," claims Baylor University criminologist Byron R. Johnson. The author of More God, Less Crime: Why Faith Matters and How It Could Matter More (Templeton Press) spoke with First Things online editor Joe Carter about why social scientists hesitate to acknowledge the power of faith, and how faith-based organizations can overcome an aversion to partnering with the government.

You present evidence that greater involvement in religious activities lessens the likelihood of turning to crime. Why are many social scientists reluctant to make this connection?

I don't think this message resonates with most social scientists. It is widely known that social scientists, on the whole, are not very religious people. Worse, some are even hostile toward religion. In fact,the word religion is not mentioned in most criminology or criminal justice textbooks, despite what we've learned in recent years about the links between religious belief and practices and crime reduction. One criminologist recently told me there should be an entire sub-field within the discipline looking at the role of religion.

What role should faith-based organizations have in the criminal justice system?

On the whole, I believe faith-based organizations are merely tolerated within the criminal justice system. In some jurisdictions, faith-motivated individuals and organizations are seen as valuable, but elsewhere they are often viewed with suspicion. Some correctional officials view religious volunteers as more of a nuisance than a help. They see them as ... 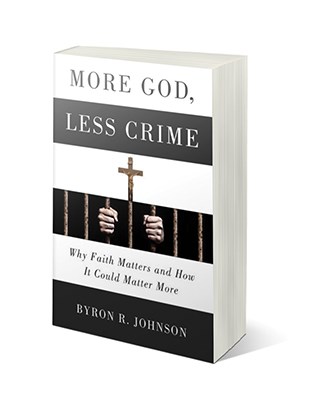