Is it dystopian? Is it apocalyptic? Either way, 'Snowpiercer' is dazzlingly imaginative and unconventional.
Jackson Cuidon|July 1, 2014
Image: The Weinstein Company
John Hurt, Jamie Bell, and Chris Evans in 'Snowpiercer'
Our Rating

Snowpiercer operates as both an apocalyptic and a dystopian movie, and that means it addresses the fundamental questions of both genres. ... 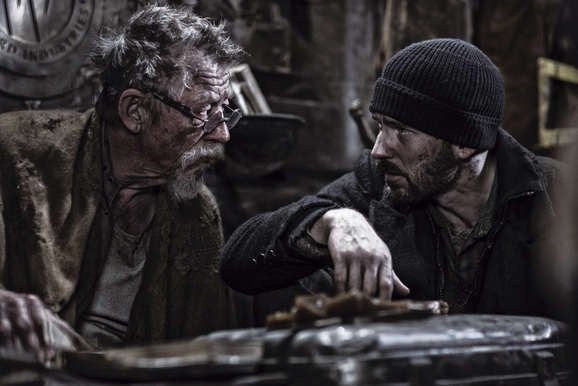