It's a 'West Wing' episode worth revisiting on Thanksgiving.
Alissa Wilkinson|November 26, 2014

I saw it for the first time just last month, so I can't exactly call it a “tradition,” but if I had a Thanksgiving-watching tradition other than football, it would be to watch The West Wing, Season 2, Episode 8: “Shibboleth.” Unscientific research reveals that this is pretty much everyone's favorite West Wing episode.

A lot is going on, of course: C.J. has to pick the most photogenic turkey for the President to pardon and doesn't know the words to “We Gather Together”; Charlie needs to get the President a new carving knife, and Bartlet's being eccentrically specific about what he wants; Toby wants the President to make a somewhat radical recess appointment who also turns out to be Leo's sister, and Leo is furious.

But the anchor for the episode is the arrival of a group of Chinese refugees in California, where they seek asylum from religious persecution in their homeland. The Chinese government claims they left unlawfully and should be returned. A group of religious leaders arrive at the White House to advocate on behalf of the refugees, while other people uncomfortably remind the White House that some who flee China are coached to say they are seeking religious asylum.

“Shibboleth,” which aired in 2000, is mostly about religious freedom in the face of the culture wars. There are the refugees, of course, but there are two other bits. The religious leaders who come to the White House include the abrasive Mary Marsh, who was associated with some efforts (kept vague in the episode) to “blow up” a theatre at which a play called Apostles was being produced, which suggested that Jesus was gay. In classic Sorkin fashion, this seems to be a ... 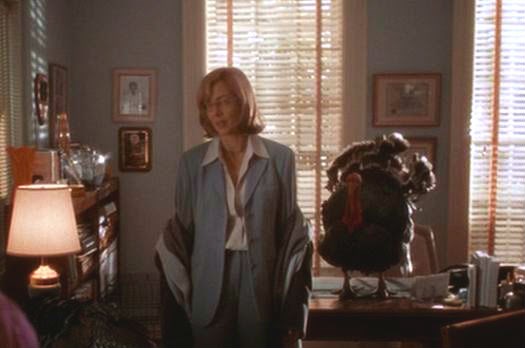