Today is my last day of movies at Sundance for the year, which brings my grand total for this festival to twenty films. Yes: it is getting exhausting. But a funny thing happens along the way—when you see this many films at once, I think your critical muscles get stronger, not weaker. At home, in a typical week, I might see two or three movies, but after you’ve seen a dozen great narrative films, your bar is high.

A few standouts have emerged from this year’s Sundance (some of which I haven’t seen): The Birth of a Nation, Manchester By the Sea, Love & Friendship, Sing Street, The Eyes of My Mother, Kate Plays Christine, Morris From America, Green Room, Sonita, Certain Women. I’ve heard rumblings about other films and am looking forward to seeing them in the next year or so.

Chad Hartigan made This Is Martin Bonner, a film beloved of many Christianity Today readers and writers (read Jeffrey Overstreet on the film). Morris From America is Hartigan’s latest, and while it’s very different from its predecessor, it’s also a ton of fun.

Morris (newcomer Markees Christmas) is thirteen and living with his father (Craig Robinson) in Heidelberg, Germany, where his dad works for the soccer team. His mother passed away. As the only two black people in a sea of Germans, they stick out, but they’re close and they stick together. They joke (and sling dirty jokes at one another playfully) and hang out with one another. Morris is learning German and figuring out how to freestyle rap. One day, Morris meets Katrin (Lina Keller), who is 15, and they strike up a friendship.

From there, the film turns into a sort of classic coming-of-age story with a German ... 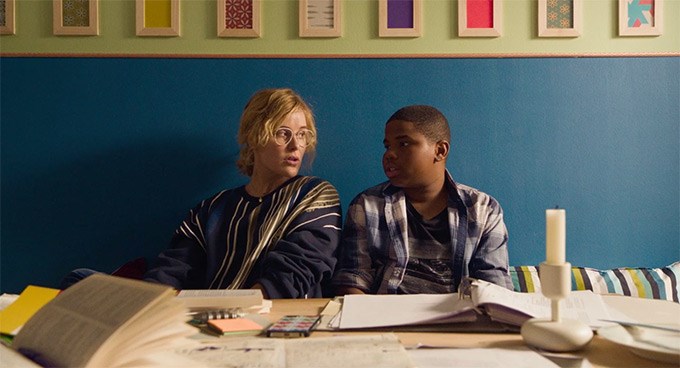