The three of us—two other visitors and myself—sat in silence in an upper floor waiting room of the Veterans Administration Hospital, a brick fortress atop a hill looking over tightly packed homes in a working class Connecticut suburb.

Fifty feet away, my father was dying, barely conscious.

The hurried attention of teams of doctors and nurses in the well-lit corridors of Yale-New Haven Hospital had given way to the drab hallways and institutional care of veterans whose limited private insurance had run out.

Across from me, a young man and woman introduced themselves and began to share the story of their father. He had been very sick many years earlier, at a time when he was raising a young family on his own.

He asked God to spare him until his youngest child was through high school.

The father recovered, and now, shortly after the last child was an adult, he had fallen ill again and was nearing death.

It was a story biblical in nature: The idea that you could enter into a bargain with God, who would allow you to guide your children to the cusp of adulthood, but deny you the Promised Land of an old age sharing the bounty of love with the generation you raised.

Further, that this man, having received the gift he asked for, would not negotiate any longer for his life, but accept his mortality as part of a divine plan.

At that point, amid my own anger and despair, all I prayed for was that I would not lose my faith.

Even at age 26, it seemed to be the only way I was going to survive without my father.

The Rock Upon Which My Life Was Built

One of my early, vivid memories was being in the kitchen around age 5 or 6 when we received a phone call that my father had been in a car accident and was taken to the hospital. 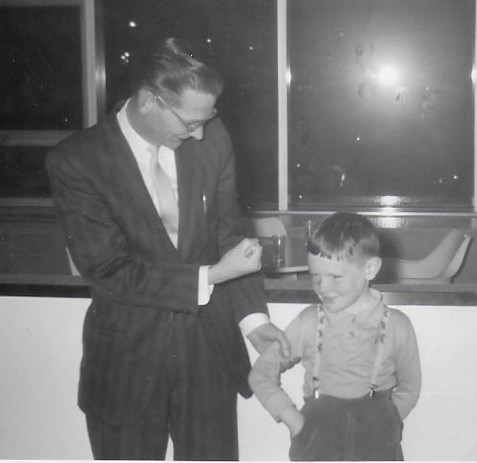