One out of every three sermons in America mentions a political topic, according to a new academic study published in the journal Religion and Politics. Researchers Constantine Boussalis, Travis G. Coan, and Mirya R. Holman looked at a data set of more than 100,000 sermons preached over a period of 15 years by a representative sample of more than 5,000 pastors. The scholars found some differences between denominations. Episcopalians mentioned abortion more than Baptists. Church of Christ ministers were more concerned with the economy than Lutherans. But while only 1 percent of sermons mentioned elections, more than 70 percent of pastors addressed a political topic from the pulpit. 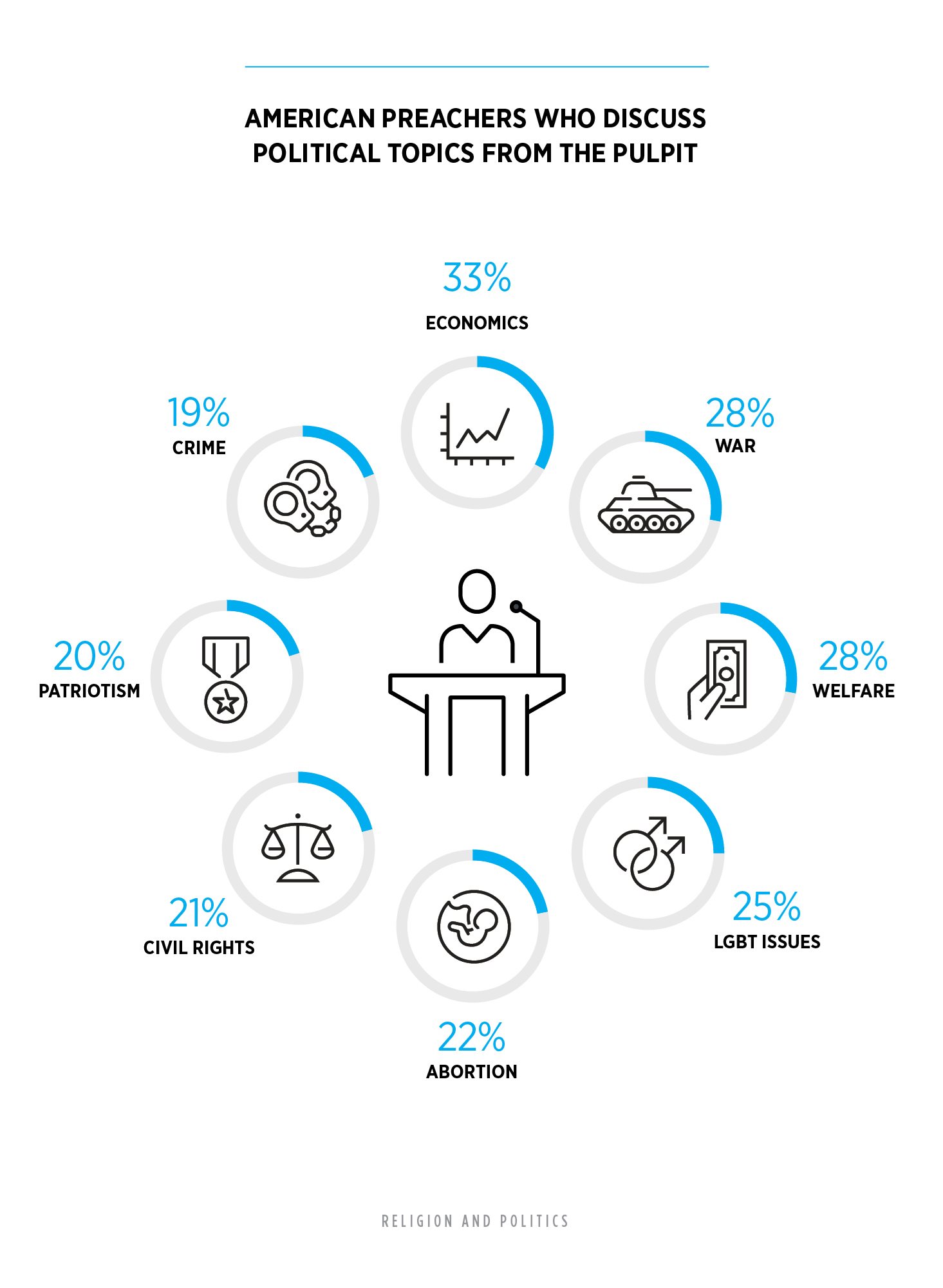