When John Onwuchekwa moved to Atlanta over a decade ago, he came as a church planter. But his call was much broader than that. By starting churches in broken-down neighborhoods, he set out to bring a sense of community and economic opportunity “to the people that look like me.”

“When you start with the church as your cornerstone, you set the direction and the boundaries for everything else to fall into place,” said Onwuchekwa, who leads Cornerstone Church in the Historic West End.

The pastor’s latest venture, launched this year, was not another church, but a coffee business. He and five business partners from Southwest Atlanta founded Portrait Coffee. The roastery and forthcoming café is committed to “pouring a new narrative” for black coffee by recovering the African origins of the product and bringing jobs and development to its neighborhood.

The West End was one of Atlanta’s earliest suburbs, its gingerbread-trimmed residences home to top businessmen and politicians. But as in many cities, white flight in the ’60s and ’70s shifted the demographics, making way for an infusion of African American culture and business: churches and funeral homes, schools and shops. One of those Victorian homes with the fancy trim, said to be one of the oldest in the neighborhood, was bought by a prominent black doctor and became a museum for African American art. Over the years, neighborhood blight became the target of urban renewal and revitalization efforts. In the early 2000s, the West End was hit hard by the housing crisis and recession.

Amid a recent wave of businesses opening in the area, Onwuchekwa and his co-founders talk about creating a different “portrait” ... 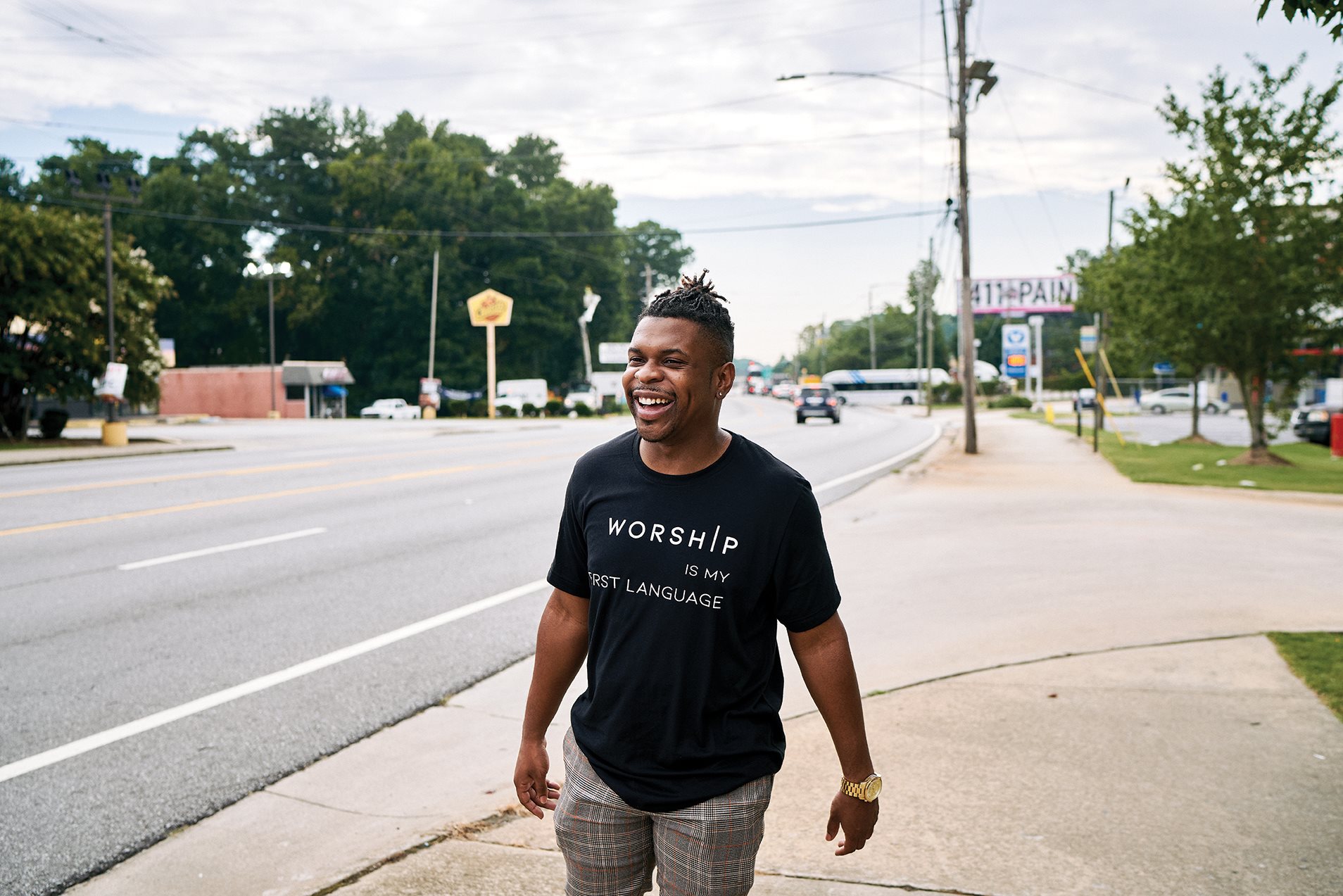