Dhati Lewis set out to start a church that could be a blueprint for urban discipleship, a church “in the city, for the city, that looks like the city.” But first, he needed a city.

A decade ago, he left the college town of Denton, Texas, for Atlanta, an urban hub four times larger. With him came 25 longtime ministry partners, including rappers Lecrae and Sho Baraka and pastor John Onwuchekwa. Together they planted Blueprint Church in the Old Fourth Ward, a story chronicled in a recent documentary, Becoming Blueprint, released in honor of the church’s 10th anniversary.

Lewis’s approach to ministry grew out of the tension he felt between the white evangelical culture that fueled his faith in Denton and the familiar black culture of his upbringing. In Atlanta, though he was a black pastor leading a diverse congregation in a majority-black city, the work of urban church planting was complicated.

For one, the area around his church continued to gentrify. “In this neighborhood, what scares me is the fact that you have Section 8 housing on one end and like a million-dollar home on the other end,” he said in the documentary.

Lewis, vice president of the Southern Baptist Convention’s Send Network, advises fellow church planters that the urban mission field is no longer the “inner city” stereotype but is instead defined by density and both racial and economic diversity.

Urban churches straddle dividing lines, and the context challenges pastors to ask whether they are after superficial unity or are willing to do the difficult work of addressing their own assumptions, shallow theology, and cultural hang-ups to engage in reconciliation.

“Diversity is such a buzzword these days, and as pastors, we all seem to want it. It seems most Christians also want to be part of a diverse church,” Lewis wrote in his 2019 book, Advocates: The Narrow Path to Racial Reconciliation. “But I’ve found that once you are in one, you discover how much it challenges some of your most deeply embedded theological convictions.” 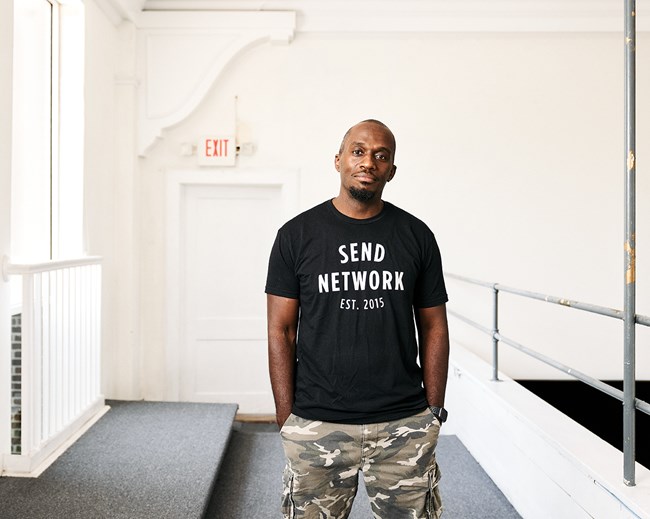 The biblical roots of reconciliation are preached from the pulpits and panels at Blueprint, drawing from the multicultural growth of the early church in the New Testament, and these teachings influence the way its members engage in ministry in their own neighborhoods. The pressures Lewis faces as a pastor in Atlanta are some of the same ones fellow black leaders in other parts of the city have confronted over the decades.

Bishop Garland Hunt—co-founder of the OneRace Movement and senior pastor of The Father’s House, a church in the northern suburbs—realized that before he could lead a church working toward unity, God had to change his own heart.

Born in the civil rights era, Hunt grew up in the black community in Atlanta. He belonged to a black Baptist church and attended all-black schools. He remembers watching Martin Luther King Jr.’s funeral procession winding through thronged streets of his hometown. 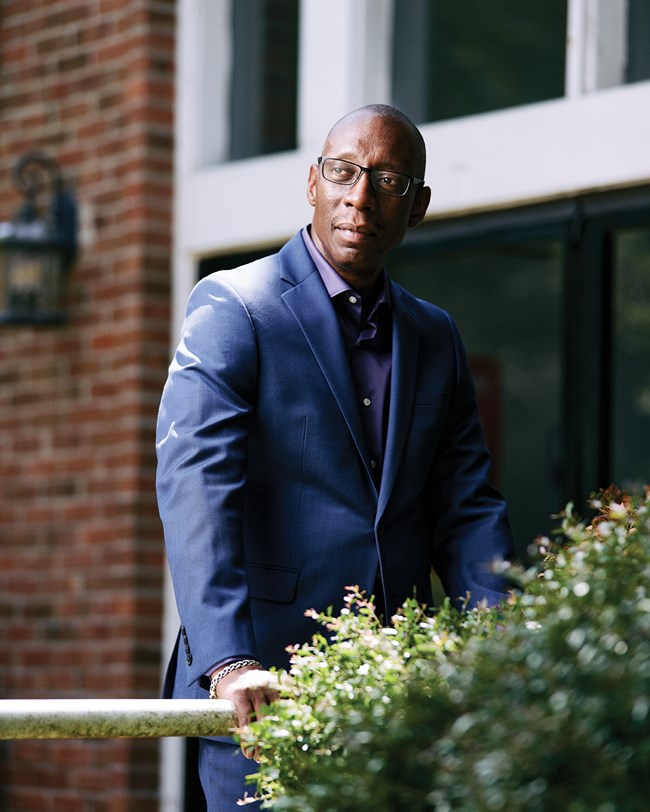 “I was about 10 years old, but I was really impacted by what Dr. King was doing and the impact of the movement in the black community fighting against racial injustice and for our civil rights,” he said.

Hunt moved from the city known as the civil rights capital of the nation to the nation’s actual capital for college and law school. “Even though I was accepted at other schools, I chose to go to Howard University because it was black and it was in Washington, DC,” he said. “So I was choosing a path promoting my cultural identity, and I carried what I experienced in Atlanta with me.”

King’s example inspired Hunt’s activism. He marched on the National Mall for King’s birthday to become a national holiday. And he gravitated to new black voices, introducing Nation of Islam leader Louis Farrakhan when he spoke on campus. But Hunt was still a churchgoer, and the Christian principles he was raised with convicted him.

“I realized that the road I was on wasn’t the right road, and I knew that the Lord was not pleased with me,” he said. His blackness was still the prism through which he practiced his faith, to the point that he mistrusted white people and “really did not want to hear any biblical truth from anybody white,” he said.

In law school, he began to see that the “church of Jesus Christ is not black nor white.”

After being baptized in the Holy Spirit during a campus ministry event, “God started dealing with all my racial hatred and prejudices, and I began to open up to true healing. I had to forgive. I had to release.” He took years to process what that meant for his approach to racial issues and political issues, going on to build a career in law and ministry.

Hunt, who was involved as a leader in the criminal justice system in Georgia and served as president of the ministry Prison Fellowship, drew from King’s legacy and his own convictions on race as he joined with a half dozen pastors to develop the OneRace Movement.

The racial reconciliation ministry held its first major public event in 2018 at Atlanta’s Stone Mountain, the largest Confederate monument in the country and a place King referenced in his famous “I Have a Dream” speech. Nearly 20,000 people and over 300 churches and ministries participated, encouraged to sign OneRace’s “Atlanta Covenant” pledging to “stand against racism” in any form.

Pastor Léonce Crump Jr. was one of the speakers at the event. He moved to Atlanta from Tennessee more than a decade earlier to start a church downtown. Hoping the city’s history would buoy his efforts, Crump scheduled the launch of Renovation Church to correspond with Martin Luther King Jr.’s birthday weekend.

Crump sought to plant a church that “reflected the full breadth of God’s creative genius,” and he has seen that prayer bear fruit: The 1,200-person congregation now represents 30 ethnicities. But growth hasn’t come without tension. “I’ve been told, ‘You’re not preaching the gospel when you’re speaking out about police brutality.’ Or, ‘That’s a political issue, not a gospel issue,’ or ‘I feel like you talk about race too much,’” said Crump, who has a criminal justice degree. “I had one white couple leave, and they called me racist.”

Crump wore a shirt that read “Unapologetically Black” as he spoke at a rally in Atlanta’s Liberty Plaza in June, joining fellow black Christians speaking out in the weeks following George Floyd’s death. He does not intend to stop addressing race, citing John 6:66. “Jesus lost many disciples when he told the truth,” he said. “People labeled Dr. King a Marxist and a communist when he was a just a Bible-believing radical Christian.” 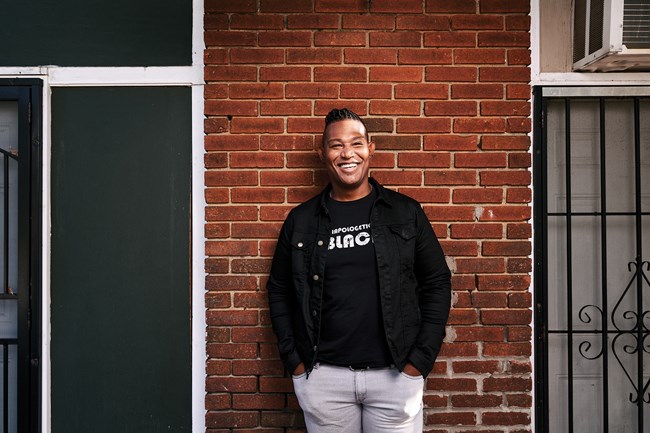 Atlanta’s Latasha Morrison knows what it is like to work through conflict over racial issues on a congregational level. Her Be the Bridge ministry trains Christians to do the humbling work of learning from marginalized voices, developing empathy, and pushing for justice—all undergirded by a belief in the power of God’s reconciling work.

“The church has to talk through differences and talk through issues, and there will be pushback,” said Morrison, who cautions that people in multiethnic churches are not necessarily reconciled to one another. “People love the word reconciliation, but when it comes to the work, that’s hard for people. You may lose people along the way.”

Morrison began Be the Bridge in 2015 in Austin, Texas, where she was on staff at a white church. She was unable to find black friends, and her white friends didn’t share the same pop culture references common in black culture and didn’t immediately connect over broader concerns around racism in society and the church.

“It was just a burden in my heart to see the church, particularly, so racially segregated,” said Morrison. “Rather than complain about it, I started looking at the problem and thinking about why we are so segregated and what can we do to change it.” She started with a group of a dozen people, and Be the Bridge has spread to include more than 1,000 groups across five countries.

She has since returned to Atlanta, where she joined leaders like Crump and Hunt in promoting racial justice and racial healing at local events in June. As those conversations around race took off over the summer, Morrison’s book Be the Bridge: Pursuing God’s Heart for Racial Reconciliation became a New York Times bestseller.

The Juneteenth march organized by OneRace followed days of rioting and destruction in downtown Atlanta. “The night when Atlanta started to burn, it hurt me so bad,” Hunt said. “The violence was overshadowing what was being protested.”

Instead, at the OneRace march, more than 13,000 people representing 500 churches marched from Centennial Olympic Park to the state Capitol—evidence that a growing number of Christians in Atlanta see racial reconciliation as an essential part of their faith and church life and are willing to act.

And yet, even pastors who have long felt called to this work and who lead multiethnic congregations themselves testify that the process is challenging.

Decades later, Atlanta pastors are still working toward this dream, taking hope in the fact that, as Blueprint’s Lewis writes in a new racial reconciliation curriculum, “the gospel message has never ignored racial issues,” and as Be the Bridge attests, God’s reconciling work “has the power to remove the enmity, alienation, prejudice, and self-interest.”

Leaders sense the Spirit at work in their city and beyond.

“I think we’re one generation away from a significant shift because I do think there has been a shift societally. It’s just not moving fast enough for the boomers, Gen Xers, and older millennials, the ones who are still caught up in that wicked mentality of racism and supremacy, to be swept away yet,” Crump said.

“My children and their children, if the Lord tarries, will have a very different world.”

Jacqueline J. Holness is an Atlanta-based journalist and author. She blogs at AftertheAltarCall.com.