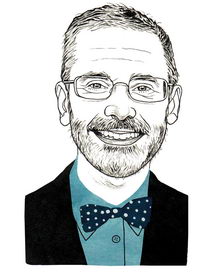 David Neff was editor in chief of Christianity Today, where he worked from 1985 until his retirement in 2013. He is also the former editor in chief of Christian History magazine, and continues to explore the intersection of history and current events in his bimonthly column, "Past Imperfect." His earlier column, "Editor's Bookshelf," ran from 2002 to 2004 and paired Neff's reviews of thought-provoking books and interviews with the authors.

The difference between welcome and inclusion
'Good Fences', reviewed by David Neff

'We Live What We Believe'

How should Christianity's Jewish heritage change how Gentiles relate to their faith?
David Neff
Thanks for the Memoirs

"Margaret Kim Peterson, author of Sing Me to Heaven, discusses her marriage to a man dying of AIDS and the theological lessons she learned"
David Neff
Getting Western Civ Right

"Christian theology is the catalyst, not the brake, for progress in Western history"
David Neff
Progress Through Theology

"An interview with Rodney Stark, author of For the Glory of God: How Monotheism Led to Reformations, Science, Witch-hunts, and the End of Slavery"
David Neff
American (and Un-American) Idols

An interview with Charles Colson, author of Being the Body
David Neff
Life After Life After Death

"The Resurrection of the Son of God" is a ground-clearing exercise of historiographical obstacles.
David Neff

You Can't Keep a Justified Man Down

An interview with N.T. Wright, author of The Resurrection of the Son of God.
David Neff

An Interview with an ‘Amazing Grace’ Historian

An interview with Steve Turner, the author “Amazing Grace: The Story of America's Most Beloved Song.”
David Neff
Paradox Lost

Blessed Are the Cynical shows what happened to sin.
David Neff 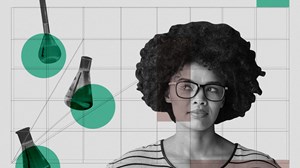 Science
How to Build Trust in Science Within the Black Church
Q&A: Minister and scholar Cleve Tinsley says conversations should address history of inequality and include representation from black scientists.