Two Tidbits from The Lost History of Christianity 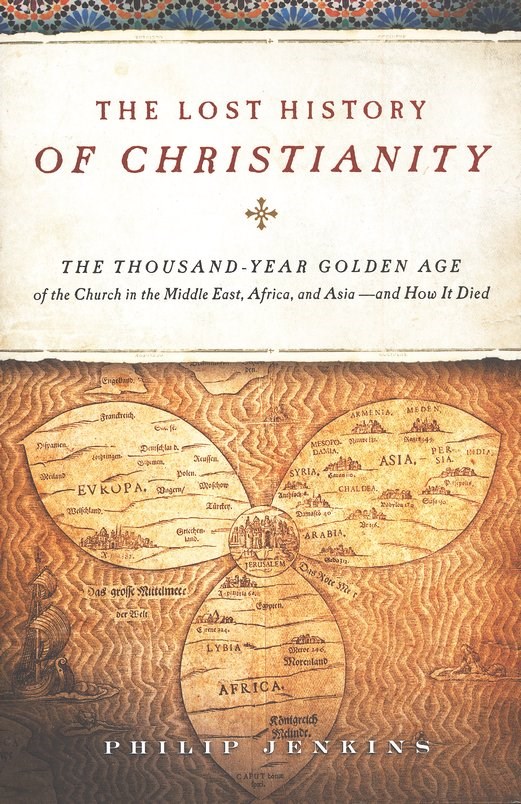 Two Tidbits from The Lost History of Christianity

In a couple of weeks, we'll publish a full review of Philip Jenkins's The Lost History of Christianity on the Christian History website. The book is a wide-ranging study of how religions cope with pressures from changing political fortunes and competing religions - and of how religions fail in the face of such pressures. The author's main case study is that family of Eastern Christian churches known as Monophysite, Jacobite, Nestorian, or non-Chalcedonian, once a powerful religion from Syria to India and an influence for a while on China. But those churches have been brought to greatly reduced circumstances and in some places extinguished. Jenkins asks why and draws lessons for dealing with contemporary threats to Christianity.

I'll leave the evaluation of the book to our reviewer, David Koyzis of Redeemer College. For the moment, I'd like to whet your appetite with two tidbits gleaned from my reading of the book.

First tidbit: Jenkins stresses how much Islam, Christianity's main competitor in the lands where Nestorians once dominated, borrowed from Christian sources. Much about Islam seems strange to Western observers. But to Syriac and Mesopotamian Christians in Islam's early years, much would have seemed very familiar - familiar to the point that Islam's closest Christian critic, John of Damascus, treated it as a Christian heresy rather than as a distinct religion.

Mosques look as they do because their appearance derives from that of Eastern Christian churches in the early days of Islam. Likewise, most of the religious practices of the believers within those mosques stem from ...

Two Tidbits from The Lost History of ...