At least 25,000 people turned out for tea party protests across the country today, according to the Atlantic, and groups like Focus on the Family Action, Family Research Council, Concerned Women for America, and the American Family Association helped promote the demonstrations. 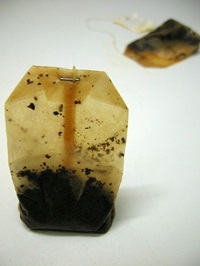 The tea parties were initially promoted by FreedomWorks, a conservative nonprofit advocacy group based in Washington, but Christian conservative groups quickly latched on.

CitizenLink: "The mainstream media largely have ignored the nationwide protests, even as Congress loads pork projects and stimulus bills on the backs of American taxpayers and their children."

Tony Perkins: "There is no justification for the countless billions that citizens will have to pony up this tax season to fund liberalism's reckless abuse of the federal treasury."

"The religious right's support for the Tea Parties is a partisan exercise, not a religious one. It will not help their cause," Dan at the left-leaning Faith in Public Life writes.

What do you think? Would you participate in the tea party ritual?