MTV Movies Blog reports that writer-directors Ricky Gervais and Matthew Robinson are "planning big controversies" with their upcoming film The Invention of Lying.

The film, which comes out October 2, takes place in a world where everyone believes everything that everyone says because no one has ever lied – until, one day, the character played by Gervais figures out not only how to lie, but how to manipulate everyone else's gullibility for his own ends.

And what sort of "big controversies" do Gervais and Robinson have in mind?

The article quotes Robinson as saying:

"It's not in the trailer and it's a huge part of the film, but [Gervais] stumbles upon inventing something that in a world without lying wouldn't exist, which is probably going to piss a lot of people off."

Hmmm. That's not very specific. But perhaps there's a hint of what he's getting at in this interview with co-star Jennifer Garner over at Hitfix. Asked if she jumped at the chance to be in a movie with such a unique concept, she ... 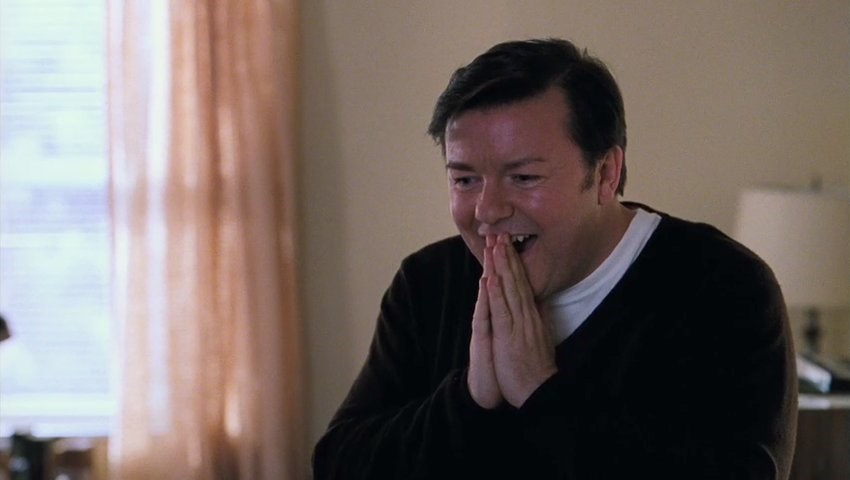