Today, there are reports that GOP Rep. Frank Wolf is pushing to have Bill Frist (left), an MD and former Senator Majority Leader, to be named as the Obama administration's special envoy on Darfur.

There is no special diplomat for Sudan since the former envoy stepped down at the end of George Bush's term. Calls for appointment of a high-level envoy with particular deputies began just after Obama's election win in November last year. In an open letter to Obama issued today, Rep. Frank Wolf called the delay "simply unacceptable." "I've witnessed the nightmare with my own eyes," Wolf wrote of Darfur. "Every day that passes, more men are killed, more women are raped, and more children die of malnutrition. This is simply unacceptable. The time to act is now. John Prendergast, a former White House official and current activist, and Roger Winter, a former diplomat to Sudan, are top contenders, the Associated Press speculated. Activists have signaled that a top envoy with ... 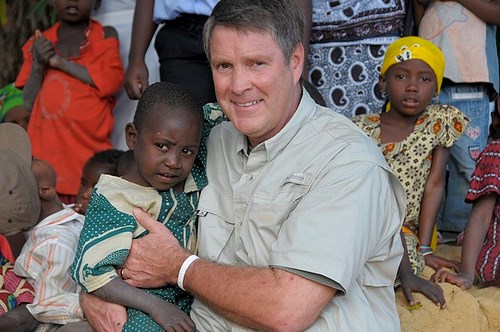