First it was on, then it was off, and then it was on again – but now it looks like Kingdom Come, the life-of-Jesus movie that was going to be filmed in New Zealand this year, may be off for good.

The Timaru Herald says no official announcements have been made yet, but "moteliers in Twizel have had bookings cancelled and an email received by them this week said the movie was no longer going ahead."

The production company is believed to have spent several million dollars on the film already, constructing replicas of Capernaum and other first-century settings in Wellington and other New Zealand locations; but the work was put on hold before Christmas so that the filmmakers could focus on securing the movie's financing and distribution.

The producers have since insisted that they plan to get things rolling again, but some crew members are doubtful about that, and a number of them have already moved on to other jobs.

Despite a casting call for extras that took place last year, there don't seem ... 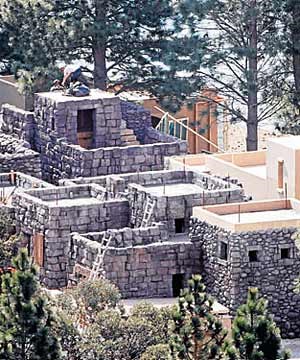