Anyone who passed away between Michael Jackson's June 25 death and his July 7 memorial service was bound to go unsung. But one scholar whose passing should have been more widely noted was Martin Hengel, who specialized in the intersections between rabbinic Judaism and early Christianity. He was Emeritus Professor of New Testament and Early Judaism at the University of Tübingen. After battling cancer, he died in Tübingen, Germany, on July 2 at the age of 82.

Yesterday when I heard the news of Hengel's passing from Whitworth College's Jim Edwards, I e-mailed several evangelical New Testament scholars for their comments.

One common theme that emerged among these friends is that Hengel labored to fight skeptical approaches to reading the NT documents – and did so effectively. Wrote Jim Edwards: "Hengel … reversed the speculative trend of historical pessimism regarding the age and reliability of the NT and early Christian writings." Most specifically, in the words of Dallas ...

Tags:
None
Posted by:
David Neff 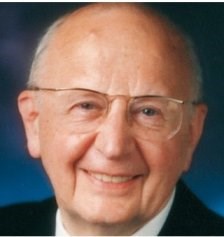