President Barack Obama chose Dr. Francis Collins - who led a team to map and sequence human DNA and determined its functions - to lead the National Institutes of Health, according to the AP. 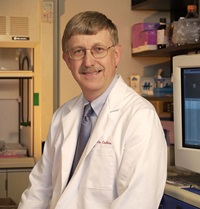 Obama called Collins "one of the top scientists in the world." Obama said, "His groundbreaking work has changed the very ways we consider our health and examine disease."

He was awarded the Presidential Medal of Freedom, the highest civilian award. But he may be more widely known for his 2007 best-selling book, "The Language of God: A Scientist Presents Evidence for Belief." Collins also received a

Christianity Today's Book Award in 2007 for his book The Language of God: 'A Scientist Presents Evidence for Belief.

Collins converted to Christianity after reading C.S. Lewis' Mere Christianity. He recently helped found the BioLogos Foundation, a website that attempts to bridge gaps between science and religion.