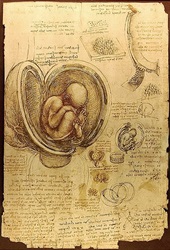 Advocates for embryonic stem-cell research say it would allow scientists to find cures for diseases like Parkinson's. Opponents believe that creating them involves the destruction of human life and they argue that using adult stem cells is good alternative.

Rob Stein writes that Congress is also likely to consider legislation that could prevent any future presidents from creating restrictions.