Hollywood would be hard pressed to deny it is in a creative slump. For every original film that hits your theater, half a dozen clones of past films wait in the wings.

Hollywood has always stolen from itself to keep the masses entertained. Remaking popular films is hardly new. The idea is that if it was a hot property once, it might be so again. In the early days of cinema, films like Ben-Hur were rolled over again and again.

But it seems that lately they've gone overboard. Or maybe it's just that they've finally begun mucking about on my sacred ground.

I didn't protest when they remade The Honeymooners, The Addams Family, The Beverly Hillbillies, Get Smart, Lost in Space or Bewitched. I had no special attachment to those shows. They were from a different generation. I didn't even care when they remade Charlie's Angels (I did care that the movies were so difficult to sit through) Starsky and Hutch, Dukes of Hazard or The Brady Bunch, though it certainly hit a bit closer to home. 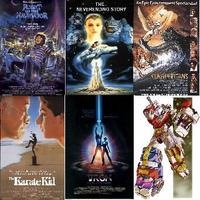