Hundreds of thousands are living in tents and looking for family members.
David Neff|May 22, 2009 12:13 PM

Last Tuesday, the Sinhalese government of Sri Lanka announced the end of a 26-year struggle with the rebel group Liberation Tigers of Tamil Eelam. The Tamil Tiger leader, Velupillai Prabhakaran, two of his key associates had been killed, and the formal conflict was now over.

Every war, however, has an aftermath. And in the case of Sri Lanka, that will involve the resettlement of some 280,000 refugees. According to a report in todayâ€™s New York Times, aid groups are encountering government resistance as they attempt to bring relief to the refugee camps.

What will be the challenge for Sri Lankan Christians? What special role can they play? At about 7 percent of the Sri Lankan population, Christians are a small minority compared to the majority Sinhalese Buddhists (about 70 percent of the population) and the high-profile Tamil Hindu minority (about 15 percent). The Protestant evangelical component is quite small, but dedicated to service. 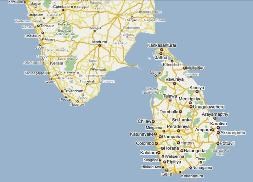