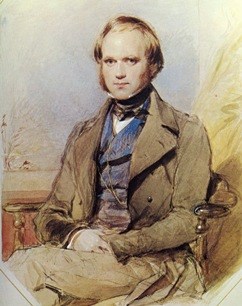 As Mark indicated last week, things are beginning to heat up around the Darwin biopic, Creation, in which a young Charles Darwin (played by Paul Bettany) struggles between faith and reason, particularly after the loss of a cherished daughter. In his post, Mark discussed Roger Ebert's reaction to people who walked out of the film, possibly for theological reasons.

What the piece didn't mention is that Creation may not be seen in a theater near you.

Why? Apparently it can't get a distributor in America. The reason? According to a newspaper in the U.K., Creation, which opened the recent Toronto Film Festival, is having a hard time finding traction in the United States because it has been deemed too "divisive in a country where, according to a Gallup poll conducted in February, only 39 per cent of Americans believe in the theory of evolution."

The film's producers, who say they have lined up distribution in every other country but the United States, are reportedly baffled, citing positive reviews but a hostile religious climate.

While there are Christians who see God's handiwork in natural selection, the majority of Christians consider the uber-theory of the most controversial scientist of the 20th century as anathema to their faith. So it is little surprise that Creation is getting such a frosty reception.

But should Christians' reaction to Darwin block the film's release? What do you think? Do you think Creation (based on the book "Annie's Box," by Darwin's great-great-grandson, Randal Keynes) should go unseen in the States, or do you see it as a way to open a dialogue on the creationism vs. evolution debate?