Denny Burk, a New Testament prof and dean of Boyce College, the undergraduate arm of the Southern Baptist Theological Seminary, recently answered a blog reader's question about Derek Webb, who has been touring with Jennifer Knapp. Knapp recently came out as being gay – she talked about it on Larry King Live last week – and Burk's reader wondered where Webb stood on the issue.

In a blog post titled, "What About Derek?", Burk says he did a little bit of research and concluded that "it's difficult to say" where Webb might stand on the question, "Can one be Christian and gay?" He said that Christians would likely find some "red flags" in some of Webb's comments on the matter, but adds, "I can't find any instance in which Derek has stated unambiguously what his views are on the moral status of homosexuality. It looks like he's trying not to speak definitively either way. I suppose the best case scenario is that Derek takes a traditional view on the question though his iconoclastic approach sometimes ... 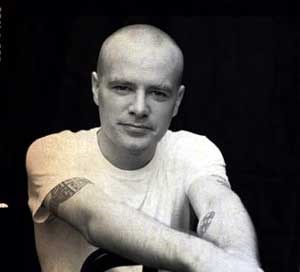