The Republican candidate in Massachusetts has taken Ted Kennedy's Senate seat in an surprise victory today. With 97 percent of precincts reporting, Republican Scott Brown had 52 percent of the vote to Martha Coakley's 47 percent.

Democratic aides say that senior White House officials would prefer the House pass the Senate healthcare bill without changes, which would obviate the need for a second Senate vote on the legislation.The problem is that many liberal lawmakers in the House don't like the Senate bill.To compensate for this opposition, there is a proposal that the House would then pass a second measure making changes to the Senate bill. That measure could then pass through the upper chamber at a later date ...

Subscribe to CT and get one year free
Tags:
Politics
Posted by: 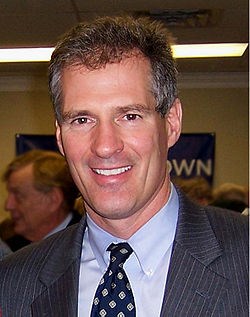