Conservatives Push 'Cut, Cap, and Balance' Pledge: What Would it Do?

With the federal debt the number one political issue in Washington, conservative groups are asking candidates to sign  "cut, cap, and balance" pledge, calling for drastic cuts in spending to curb debt. Many of the candidates in the Republican presidential primary have already signed on (Michele Bachmann is the one notable exception). The pledge would do more than cut spending; it would make current Republican proposals in Washington seem tame.

– Pass a balanced budget amendment to the U.S. Constitution

Together, these policies would mean severe cuts in domestic programs than even the Republican budget proposal passed by the House of Representatives. The so-called 'Roadmanp for America's Future' was proposed by Budget Chairman Paul Ryan (R-Wisconsin). The roadmap includes cuts to both discretionary and mandatory spending, changes to the tax code, and a reform of welfare ...

Conservatives Push 'Cut, Cap, and Balance' Pledge: What Would it Do? 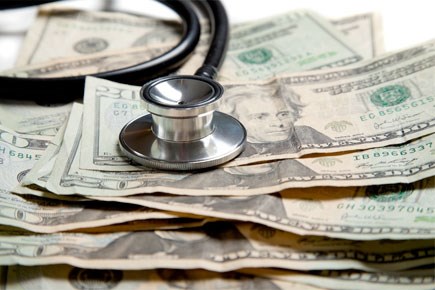