The President endorses message of reducing deficit while protecting the poor.
Tobin Grant|July 21, 2011 10:37 AM

At a White House meeting with Christian leaders, President Obama endorsed the goal of reducing the federal deficit without harming those most in need. The leaders represented the Circle of Protection, a diverse, non-partisan coalition that represents evangelicals, mainline Protestants, Catholics, and other Christian groups.

"The President embraced the principle that as we work on deficit reduction the poor should be protected," said National Association of Evangelicals (NAE) vice president Galen Carey, who attended the meeting.

The meeting with Obama came after several meetings between the Circle and high level White House staff. Those meetings included discussions of specific policies, but the Circle wanted to meet with the President because they wanted him to better articulate the need to protect programs for those in poverty.

The 40 minute meeting Wednesday afternoon included only a dozen of the members of the Circle. Evangelicals in attendance included the NAE's Carey, Salvation Army ... 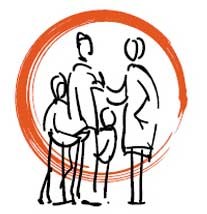