People tend describe themselves as either pro-life or pro-choice. But a new poll by the Public Religion Research Institute (PRRI) shows that the average American still holds conflicting views on abortion nearly 40 years after Roe v. Wade. Evangelicals remain much more opposed to abortion than other Americans, but they, too, often do not fit neatly into pro-life or pro-choice camps.

PRRI Research Director Daniel Cox said, "For some time now, Americans have held a stable tension between two views: majorities both say that abortion is morally wrong and say that it should be legal in all or most cases. The binary ‘pro-life' and ‘pro-choice' labels don't reflect this complexity." 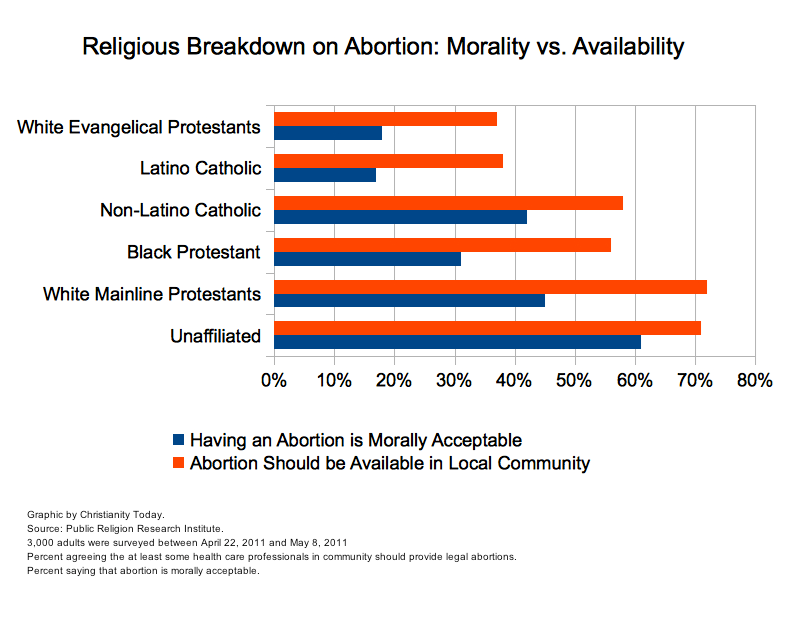