Those who will likely vote in Iowa's presidential caucuses remain undecided, a new poll suggests. Those that did report an opinion in the poll admitted that they could still be persuaded to change their vote.

Herman Cain, Ron Paul, and Mitt Romney are leading the pack among likely caucus goers, according to a poll conducted by Iowa State University, The Gazette, and KCRG of 1,256 of registered Iowa voters. Other candidates received single-digit support in the Hawkeye State.

Herman Cain received the most votes among Catholics (35 percent) and Protestant/born-again (25 percent), but he has very little support among secular voters (10 percent). Secular voters represent a small portion of caucus voters, but they are the most unified with six-in-ten of them backing Ron Paul.

Among religious voters, born-again Protestants are the least supportive of Mitt Romney. Only one-in-eight born-again voters support the former governor of Massachusetts, compared to nearly one-in-four support among other ... 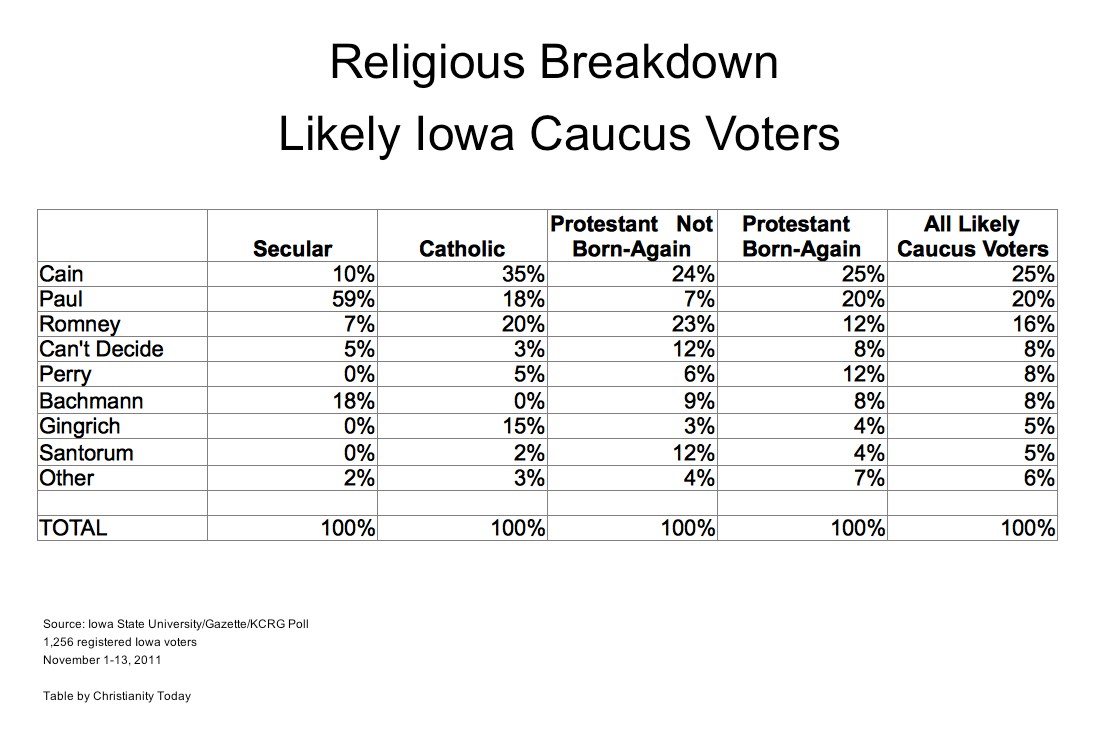