Lawyers for an Iranian pastor awaiting a final decision on his death sentence have not received communication from authorities that their client will be executed, despite reports that his death is imminent.

Rumors of an imminent execution of Yousef Nadarkhani were leaked this week after a source close to one of his lawyers contacted international media, informing them that a lower court had signed Nadarkhani's execution papers and that his death sentence would be carried out soon, sources told Compass.

"The lawyer is waiting for confirmation, but he understood from a source that the execution was issued," said Firouz Khandjani, a member of the council of the Church of Iran, Nadarkhani's denomination. "Now we are trying to understand exactly what is happening. Because the information came from someone close to the lawyer, he took it seriously."

Nadarkhani's case had been sent to Supreme Leader Ayatollah Khamenei for a decision on his death sentence, but legally the lower court still has ... 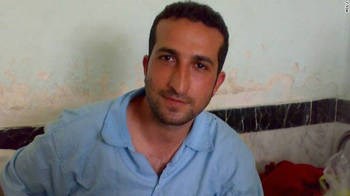