(UPDATED) Do for-profit corporations have religious rights? Justices will consider cases of Hobby Lobby (which won) and Conestoga Wood Specialties (which lost).
Jeremy Weber|November 26, 2013 11:11 AM 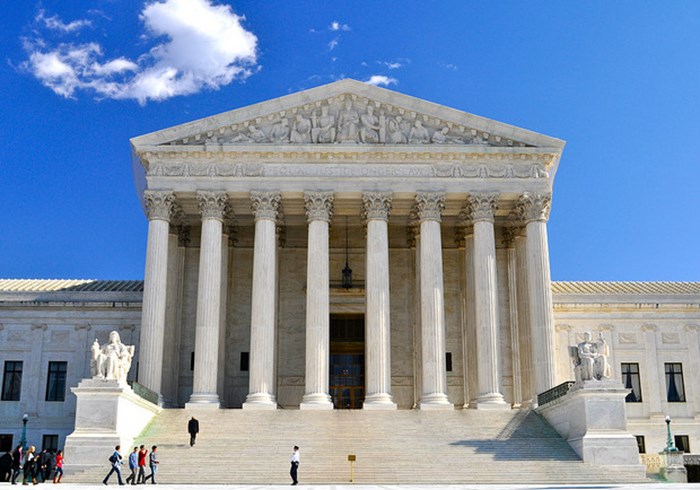 Update: The Supreme Court has agreed to hear appeals by Hobby Lobby, an evangelical-owned craft chain which won in the Tenth Circuit, and Conestoga Wood Specialties, a Mennonite-owned woodworking company which lost in the Third Circuit.

Hobby Lobby explained in a statement that its Green family owners "have no moral objection to providing 16 of the 20 FDA-approved contraceptives required under the HHS mandate and do so at no additional cost to employees under their self-insured health plan." "My family and I are encouraged that the U.S. Supreme Court has agreed to decide our case," said founder and CEO David Green.

Southern Baptist leader Russell Moore labeled the decision "the most important religious liberty question in recent years." In a press release for the Ethics and Religious Liberty Commission, he writes:

"We cannot accept the theology lesson that the government has sought to teach us, that religion is merely a matter of what happens during the scheduled times of our services, and is left there in the foyer during the rest of the week. Our religious convictions aren't reduced to mere opinions we hide in our heart and in our hymns. Our religious convictions inform the way we live.

"I pray the Supreme Court recognizes what the founders of this country saw, that religious liberty isn't a gift handed to us by Uncle Caesar. Religious liberty is given to us by God and is inalienable. Let's pray for the justices as they think through this monumentally important case."

The high court will combine the cases. Oral arguments will likely happen in March, with a decision expected in June.

After more than 80 lawsuits from hundreds of concerned Christian groups (among other plaintiffs), today the U.S. Supreme Court is finally poised to pick one of the many challenges to the Affordable Care Act's contraceptive mandate.

CT previously previewed the top contenders the court will choose between today. Smart money says the justices will choose Hobby Lobby's high-profile challenge to the mandate's requirement that employers provide employees with emergency contraceptives that many evangelicals consider to be abortifacients.

CT also previously reported the core question at stake: Whether for-profit companies have religious rights, via the court's extension of corporate "personhood" in Citizens United. Religion Clause's Howard Friedman told CT this is "one of the most difficult legal questions I've seen."

Most of the legal action has been on the for-profit side (43 cases and counting), where—out of the 38 lawsuits decided on the merits of their complaints—32 have secured temporary bans against the mandate's enforcement and 6 have been denied, according to a helpful scorecard kept by the Becket Fund for Religious Liberty.

CT has chronicled the many legal developments regarding the contraceptive mandate, including most recently on the nonprofit side where a court ruled that the mandate splits religion into worship or good works.