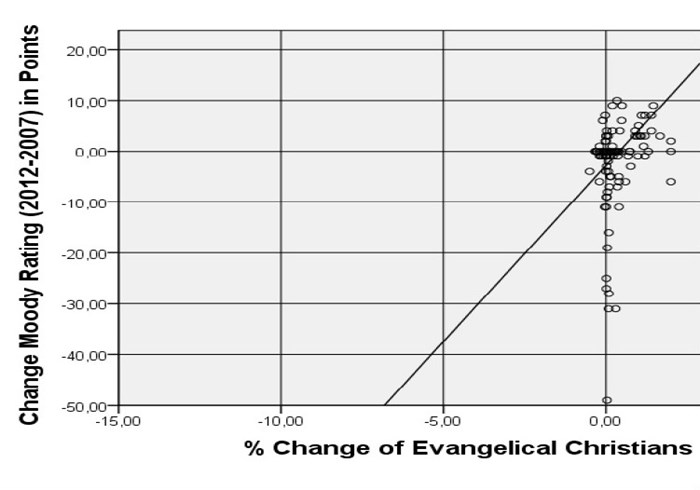 Should a country's Christians-to-debt ratio be added to the list of economic indicators worth watching? Or more specifically, its evangelicals-to-debt ratio?

According to a study of more than 100 nations, changes in the percentage of Christians—especially evangelicals—in a given country have a direct correlation to economic well-being.

Dutch researcher Dick Slikker wanted to assess the Marxist theory that increases in prosperity lead to decreases in religious practice. So he examined the past decade's worth of data from countries including the United States, Belgium, China, Germany, Iceland, Italy, the Netherlands, Spain, and the United Kingdom. His research used Operation World and the World Religion Database for its data on changes in the percentage of Christians in each country, while studies from Moody's Analytics and Fitch Ratings provided data on changes in the economic status of each country, particularly its sovereign credit rating.