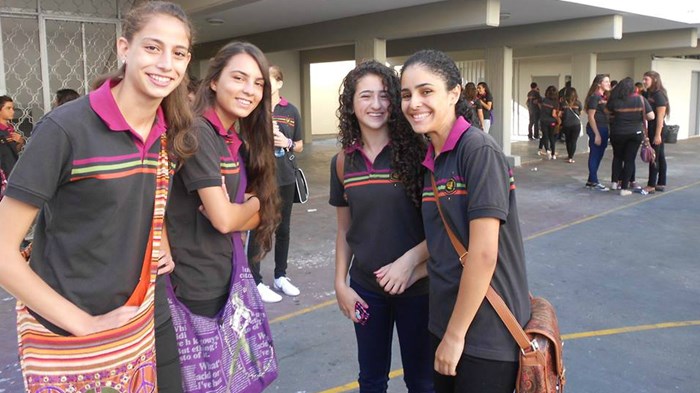 Calling for change, Israel’s Christian educators might go on strike next week to protest the government’s sharp cutbacks (up to 35 percent) for their schools, which are “recognized, but not official.”

At a press conference in Nazareth today (Aug. 27), Catholic, Orthodox, and Protestant school administrators said in a joint statement, “Over the last several years the Ministry of Education has taken unilateral steps that have hurt the Christian schools and their independence. The Ministry has shown disrespect to its unique needs, like the vacation calendar, Christian feasts and other matters.”

School administrators said that if the Israeli Ministry of Education continues its current policies toward their schools that “a strike will be declared.” At this time, there has been no official response from the Ministry of Education. Monday, Sept. 1, is the first official day for attendance at these schools. The schools operate with government financial support, parents’ payment of tuition, and in some cases, overseas support.

An action committee was formed from school representatives and for several months they have been trying to reach a solution to the crisis but without success. Earlier this week, heads of the schools decided to declare a one day protest strike on the first day of the school year. However the Ministry of Education has approached the Christian schools in attempt to avoid the strike and set meetings in order to solve the crisis. As a goodwill gesture, the leaders of the Christian schools decided to give another chance and not to hold a strike in the mean time but to keep that option if the talks fail.

Some of the Christian schools have been operating continuously for more than 400 years. Today, there are about 50 Christian schools, serving at least 30,000 students from preschool age through high school, regardless of student religious or political affiliations. In some sections of northern Israel (Nazareth and Haifa) a majority of Arab students study at Christian schools.

“These schools meet a need that the state has not fulfilled,” the statement said. Many of the schools have rigorous academic programs. Arab graduates of Christian high schools achieve higher scores on matriculation exams than other groups. Israel’s education system is complex, including public, religious, and multi-faith institutions. Many parents pay extra fees or tuition for educational services and instruction.

But, according to the statement released in Nazareth, the decline in state support for Christian schools has become so severe that some of the schools may close their doors. The statement said:

The oppressive steps of the Ministry of Education are bringing us to a dead end and are hurting the students and their parents who are suffering from a difficult economic situation. We consider the behavior and decisions of the Ministry of Education as contradictory to Israeli law and contradictory to the agreement between the Holy See and the State of Israel as well as special agreements with the different Christian schools. This behavior limits the rights of the Christian Church to manage its institutions in the country.

Botrus Mansour, head of Nazareth Baptist School (K-12), told CT in an email interview, “This action was taken by the churches that own the schools without involving the parents. My belief is that parents will be supportive.

“These schools belong to the Arab Christian community. Arabs in Israel in general suffer from inequality and are marginalized. The schools are no exception. Despite the underprivileged situation, some of these schools have been rated in the top of every list of schools in the country. They have enabled the Arab Christian minority to be the most educated segment in the whole country.”

He said the government subsidy is determined through a complex formula. “The main factor is the categorizing of the schools as ‘recognized but not public.’ Education officials have recently said that their main obligation is not towards these schools, but towards the public schools.”

Mansour said Israel’s Christian community is very pro-education. “These schools are the jewel in the crown and provide great education and help to keep the Christian presence and mission in the holy land.”

CT will update this story as events unfold.