What a Kentucky court ruling implies for a high-profile Wisconsin challenge to the clergy housing allowance.
Sarah Eekhoff Zylstra|May 21, 2014 09:05 AM 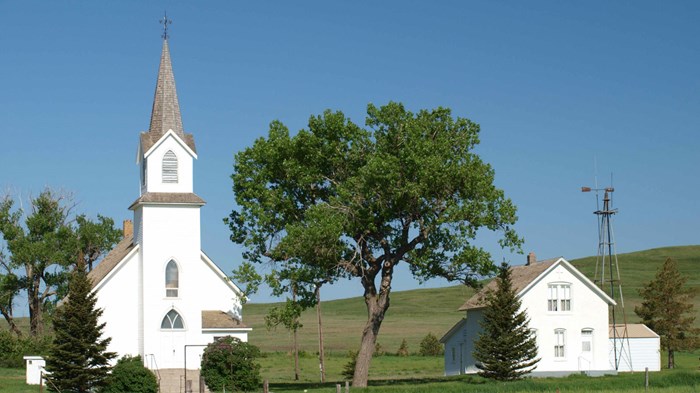 A federal judge in Kentucky has thrown out an atheist challenge to tax benefits for churches and clergy—a decision that stands in opposition to the high-profile overturning of the IRS's clergy housing allowance by a Wisconsin federal judge in November.

Three groups—American Atheists, Atheists of Northern Indiana, and Atheist Archives of Kentucky—had argued that the current tax code provisions unfairly favor churches and pastors, reports the Evangelical Council for Financial Accountability (ECFA). According to ECFA, their suit objected to:

The plaintiffs relied heavily on a recent ruling by Wisconsin judge Barbara Crabb upholding the Freedom from Religion Foundation's (FFRF) claim that the clergy housing allowance is unconstitutional. (CT's sister pub, Church Law and Tax, offers 10 takeaways.] The Wisconsin ruling is on hold while the case is appealed to the Seventh Circuit, and would only affect pastors in Wisconsin, Illinois, and Indiana if upheld.

But Kentucky judge William O. Bertelsman said the Wisconsin case was inapplicable, because it was brought by two FFRF leaders who said they could not receive tax-exempt housing because they weren't practicing clergy. In Kentucky, however, there were "no named individual plaintiffs" and also no "employees that receive a housing allowance" that they are suing on behalf of.

"The FFRF decision is narrow," challenging only the clergy housing exemption, Bertelsman wrote.

In both cases, the atheist plaintiffs did not establish that an atheistic organization could never qualify for tax exemptions, Bertelsman wrote. The IRS in Kentucky argued that there was no reason why the atheists couldn't qualify as a church to get the exemption—an intriguing argument CT has previously noted.

Atheism can be construed as a religion, Bertelsman wrote, if defined (as it was in a previous 2005 case) as "when a person sincerely holds beliefs dealing with issues of 'ultimate concern' that for her occupy a 'place parallel to that filled by … God in traditionally religious persons,' [then] those beliefs represent her religion."

He denied the Kentucky case on basis of standing, writing that in order to assert a claim, a plaintiff must "allege personal injury fairly traceable to the defendant's allegedly unlawful conduct and likely to be redressed by the requested relief."

The atheist groups haven't applied for religious exemptions, saying that it would violate their beliefs and that they would likely be denied, the brief said.

"At this point, the Atheists have no idea whether they could gain classification as a church or religious organization under I.R.C. 501(c)(3) because they have never sought such classification," he wrote.

Even if the plaintiffs had standing, they failed to prove that they had been injured, he said.

Bertelsman's ruling only applies to Kentucky. But Church Law and Tax notes how it "may be a preview of how the Seventh Circuit will rule" on the Wisconsin case. Senior editor Richard Hammar said the Kentucky case "has direct relevance to the housing allowance appeal, due to the Kentucky court's handling of the technical issue of standing."

CT reported on how the FFRF breathed new life into its lawsuit and how Crabb subsequently struck down the tax break for pastors, along with the irony of the federal government challenging atheists to apply for clergy tax breaks.

Good News for Churches Worried About Losing Their ...