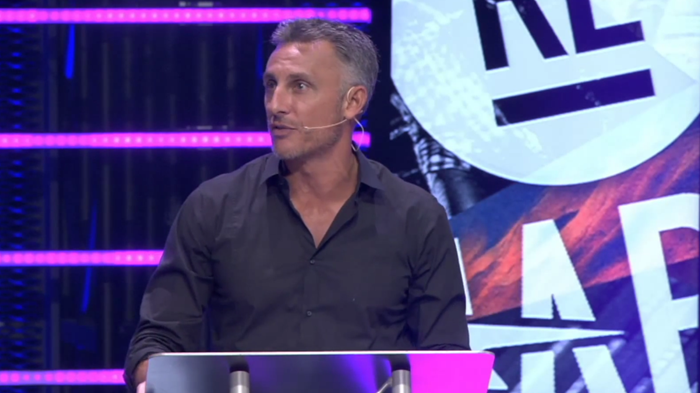 On August 30, on his Twitter account, Tchividjian first announced his connection to the congregation, which later disclosed it had hired him in a support role, but not as a teaching elder.

"The position offered to Tullian does not involve responsibilities unique to the office of teaching elder (or pastor). His work will be as a support staff member," said Kevin Labby, pastor of Willow Creek, Winter Springs, in comments posted on Patheos.com.

"Tullian is not new to our church family. He and his family attended Willow Creek years ago, during his seminary studies. We simply want to care and help provide for him and, by extension, his family . . . We sense genuine confession and contrition from Tullian, and are eager to welcome him to Willow Creek. We want to see the process of repentance continue in the context of a loving church family."

Labby said Tchividjian's job will be to develop further the church's "mercy ministries" in care for homeless, hungry, and needy people in the community.

Tchividjian resigned as senior pastor of Coral Ridge Presbyterian Church in Fort Lauderdale earlier this summer after admitting an extramarital affair. He has since lost his ministerial credentials.

There was little public information available about the divorce filing. Under Florida law, one party must establish that the marriage is “irretrievably broken” in order for the union to be dissolved. Tullian and his wife, Kim, married in 1994 and have three children.

Tchividjian, who is the petitioner in the case, did not respond to a request for comment. Today [Aug. 26], author-pastor Paul Tripp, a friend and counselor to Tchividjian, said in a statement that for six months much effort was made in "hope of healing the marriage," but he said it was too "deeply broken."

On August 11, the South Florida Presbytery of the Presbyterian Church in America (PCA) deposed Tchividjian, ruling him unfit for Christian ministry.

Tchividjian must display an “eminently exemplary, humble and edifying life and testimony” for an extended period of time before he can return to ministry, according PCA’s Book of Church Order.

The presbytery says it will continue to offer pastoral care to Tchividjian:

Our goal in doing this is to both protect the integrity of the church from which his credentials were given while, at the same time, wrapping Tullian in the grace offered by Jesus Christ to all those who confess sin, pursue repentance and desire restoration.

The church explained that decision in an online statement:

In order to continue to protect Pastor Tullian and his family, as well as the integrity of the message he preached, we have decided to pull his sermons for the foreseeable future. Unfortunately, we have already seen the misuse of his messages in the media and on the Internet. We will be prayerfully considering how and when they can be available again at an appropriate time so that they can be used to declare and demonstrate the liberating power of the Gospel. We appreciate your patience and prayers during this time.

Tchividjian has remained active on social media since resigning. He told CT earlier this summer that leaving the public eye would undermine the message of grace he preached:

But believe it or not, Christianity is not about good people getting better. It is, rather, good news for bad people coping with their failure to be good. The message of the Christian faith is that because Jesus was strong for us we are free to be weak. The gospel of grace, in other words, frees us to let people see us at our worst so that they can see God at his most gracious best.

Ross Peterson, executive director of Midwest Ministry Development, often works with pastors who face church discipline after an affair or other crisis. Some, he said, want to fast-forward through the restoration process.

“There’s a temptation to say, ‘What I did was wrong, I’m sorry, and there’s forgiveness,’” Peterson told CT. But forgiveness is different than restoration, he said.

Restoration is typically a long process of soul-searching and coming to grips with the harm a pastor caused by having an affair. Trying to maintain a public ministry on social media could undermined that process, said Peterson.

Tchividjian’s resignation in June brought his relatively short and at times tumultuous tenure at Coral Ridge to a close.

In the spring of 2009, the church named the then-36-year-old as its senior pastor. At the time, Tchividjian led a young church plant which later merged with Coral Ridge.

Founded by famed preacher D. James Kennedy, Coral Ridge had once drawn as many as 7,000 worshipers. But it had been in decline following Kennedy’s death in 2006.

Church elders hoped that Tchividjian’s youth, vision, and name could revive the fortunes of the aging congregation.

Instead they got chaos.

Within six months, a group of church members led by Kennedy’s daughter, Jennifer, called for Tchividjian’s ouster. Those dissidents were banned by the church. At issue were a change in worship style and Tchividjian’s rejection of culture war politics.

The church eventually reconfirmed him as pastor, despite the conflict.

Tchividjian talked with Leadership Journal about the attempted coup in 2011:

It was tremendously uncomfortable coming to worship every Sunday morning during that time not knowing who liked you and who hated you. There were people in the choir who, when I would stand up to preach, would get up and walk out. People would sit in the front row and just stare me down as I preached. It was extremely uncomfortable. People would grab me in the hallway between services and say, ‘You're ruining this church, and I'm going to do everything I can to stop you.’

In 2014, Tchividjian used his last blog at The Gospel Coalition (TGC) to complain that he had been abruptly ordered off the Reformed network.

In response, TGC founders Tim Keller and Don Carson suggested that sanctification theology was at the heart of Tchividjian’s departure, and that “the dispute was becoming increasingly sharp and divisive rather than moving toward greater unity.”

"This conflict has 'given the world the justification they're looking for to disbelieve the gospel,'" wrote Tchividjian, citing Francis Schaeffer's warning on public divisions among Christians, "and I am sorry for my contribution to this conflict."