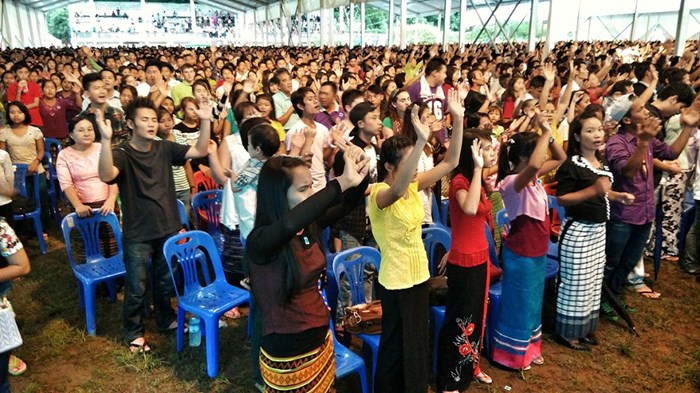 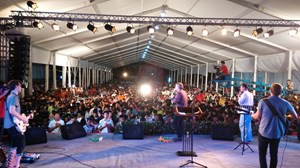 The slowly-reforming country regularly appears on lists of the hardest places for Christians to live. More than 13,000 Burmese attended the two-night youth rally in Yangon, the nation’s largest city, on July 24 and 25.

“It's been 60 years since the gospel was publicly proclaimed to this predominantly Buddhist nation,” Teen Mania president Ron Luce said in a statement. “We pray this will be the start of a new day of ministry in Myanmar. The prayers of Myanmar's faithful are being answered. God has not forgotten them, and neither have we.”

In the past four years, Myanmar has begun transitioning from a military dictatorship to a budding democracy, opening the way for economic trade—and increased access to the West’s materialism. Looking to stem secular values among youth who have quickly embraced cell phones and Internet access, the Myanmar Evangelical Christian Fellowship invited Teen Mania to bring Acquire the Fire to their nation. 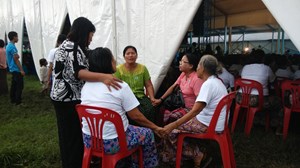 The conference’s success was important for Myanmar, but also for Teen Mania. The organization is ranked by Charity Navigator as one of the nation’s most insolvent charities, with a working capital of -$5.2 million. Teen Mania announced the Myanmar outreach shortly before its headquarters was foreclosed on in February 2014.

A few months later, Luce and World magazine engaged in a public debate over the cause of the financial troubles. "Since we started Teen Mania 28 years ago, every single month young people have come to Christ," Luce wrote in his rebuttal to World. "And we have at times been challenged with the mandate to build an organization to keep up with all this."

The Myanmar conference was organized by a 30-person committee made entirely of Burmese, said Luce. He told CT that Teen Mania wanted to be “respectful and cautious” so his group wasn’t “poking a sleeping bear” that then turns on Myanmar’s Christians. 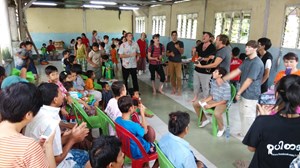 About nine percent of Myanmar’s population are Christians. The majority are not ethnically Burmese, and live on the outer states of Chin, Kachin, Karen and Kayar. The nation's government and its many ethnic minorities—who make up about five percent of the population—have long suffered a fraught and often violent relationship. 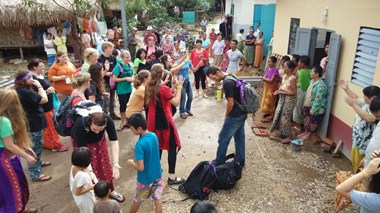 Teen Mania, which has been named one of the most influential ministries of the 21st century, is considering similar partnerships in northern Myanmar and South Africa.

CT first noted Teen Mania’s decision to head to Myanmar in a March story exploring whether short-term missionaries are a good fit for recently-opened countries.

CT also regularly reports on Myanmar, including its ranking last year among the top 10 countries with the most violence against Christians, and in the top five with the greatest social and governmental religious constraints.