On behalf of The Navigators and NavPress, Barna Group studies the state of Protestant spiritual growth.
Sarah Eekhoff Zylstra|December 9, 2015 01:05 PM 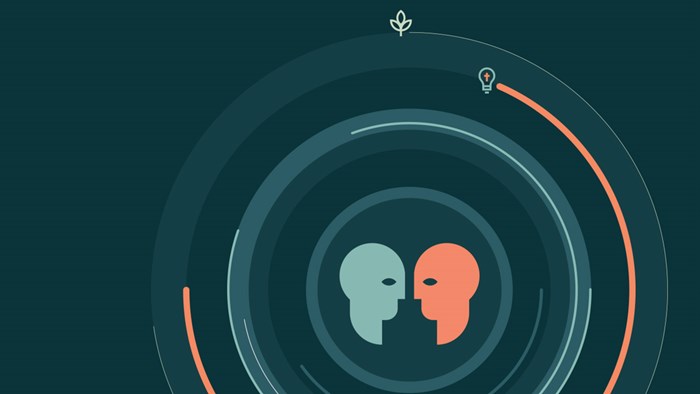 Protestant pastors are too hard on their churches. Either that, or churchgoers are too easy on them, according to a new Barna Group study on discipleship sponsored by The Navigators and NavPress.

Less than 1 percent of senior pastors and discipleship pastors told Barna that “today’s churches are doing very well at discipling new and young believers.” Six in 10 said that churches are discipling “not too well.”

But those in the pews disagree. More than 9 in 10 said that their church “definitely” (52%) or “probably” (40%) does “a good job of helping people grow spiritually.”

Barna interviewed more than 2,000 Christian adults—both practicing and non-practicing—and 800 Protestant pastors for its newest report, The State of Discipleship. (Barna defines practicing Christians as those who say their faith is very important to them and who have attended church in the last month.) 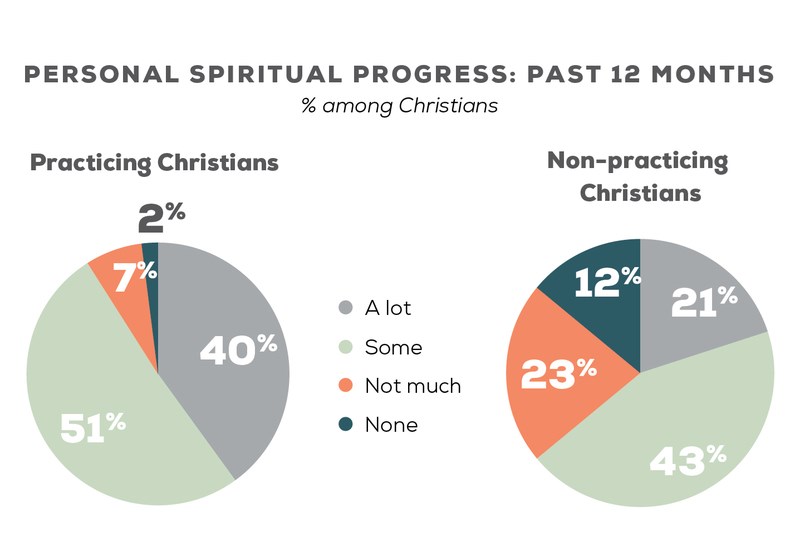 Christians who have attended church in the past six months and consider spiritual growth important are even more positive. About 94 percent said their church places “a lot” of (67%) or “some” (27%) emphasis on spiritual growth.

The reviews are even more affirmative from practicing Christians: 73 percent said their church places “a lot” of emphasis on spiritual growth. 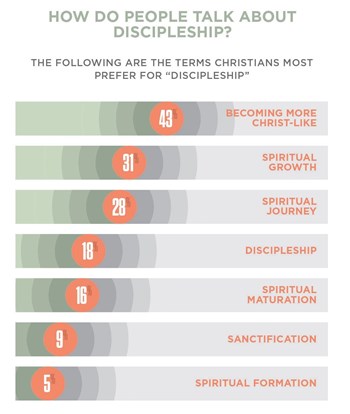 Pastors acknowledged that encouragement when it comes to their own churches. While only 8 percent said they are doing “very well,” another 56 percent said their church was doing “somewhat well at discipling new and young believers.”

“Pastors give their own church higher marks than churches overall, but few believe churches—their own or in general—are excelling in discipleship,” the report stated.

The disconnect between pastors and parishioners isn’t the only one Barna noted.

“Despite believing their church emphasizes spiritual growth, engagement with the practices associated with discipleship leave much to be desired,” the report stated. Fewer than half of practicing Christian adults are involved in activities such as Sunday school or fellowship groups (43%), a group Bible study (33%), or meeting with a spiritual mentor (17%). 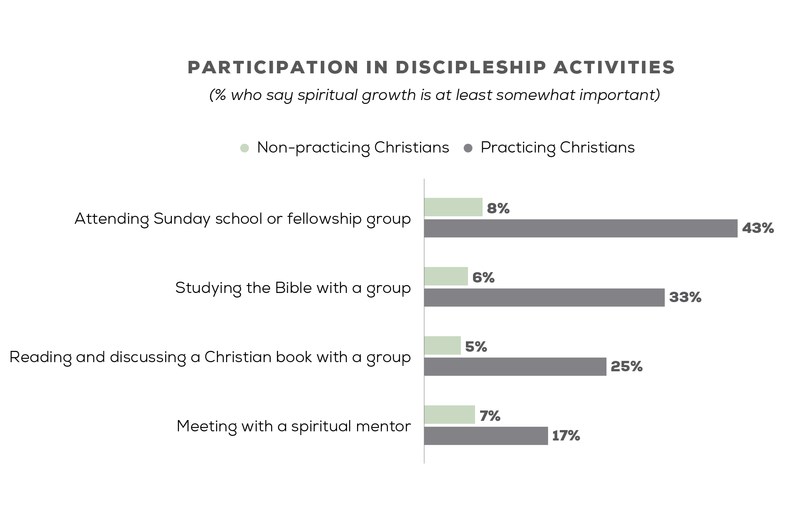 The lower numbers for parishioner involvement in activities match up with the way Christians prefer to manage their discipleship. A quarter of those who say spiritual growth is important would rather be with a group, 16 percent prefer to meet one-on-one, and 21 percent would rather do a mix of individual and group options. But a plurality (37%) prefer to pursue discipleship on their own. 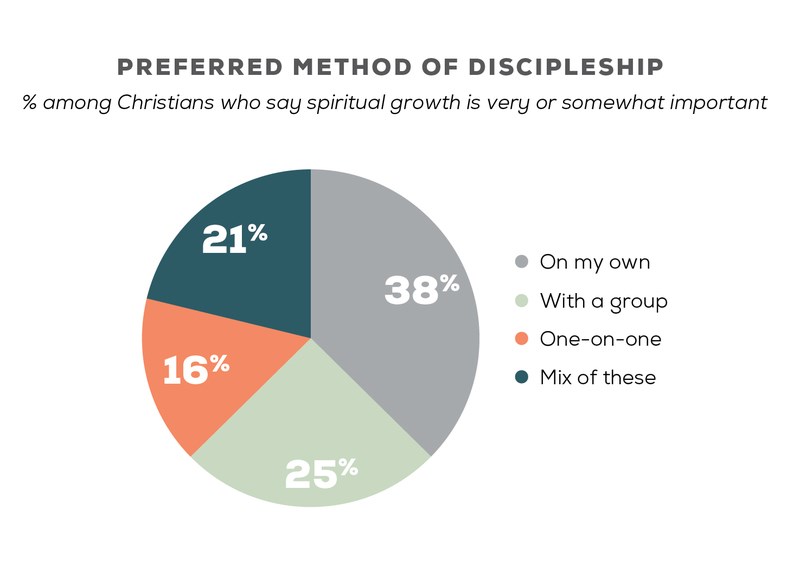 Interestingly, those who are involved in discipleship activities don’t report much more progress in their spiritual growth than those who aren’t involved. Barna states this is a perception problem.

“Even among non-practicing Christians, a majority believes they have made spiritual progress in the last year,” the report stated.

Indeed, Christians are just as generous with themselves as they are with their churches: more than 9 in 10 practicing Christians (91%) said they made “a lot” (40%) or “some” (51%) progress in their personal spiritual growth in the past year. And nearly three-quarters said they were either “happy with where they are in their spiritual life” (38%) or “almost to where they want to be” (36%).

According to pastors, the three most critical elements of discipleship—aside from prayer and time with God—are a “personal commitment to grow in Christlikeness” (94%), attending a local church (91%), and a deep love for God (90%). The least important element: having a comprehensive discipleship curriculum (44%). 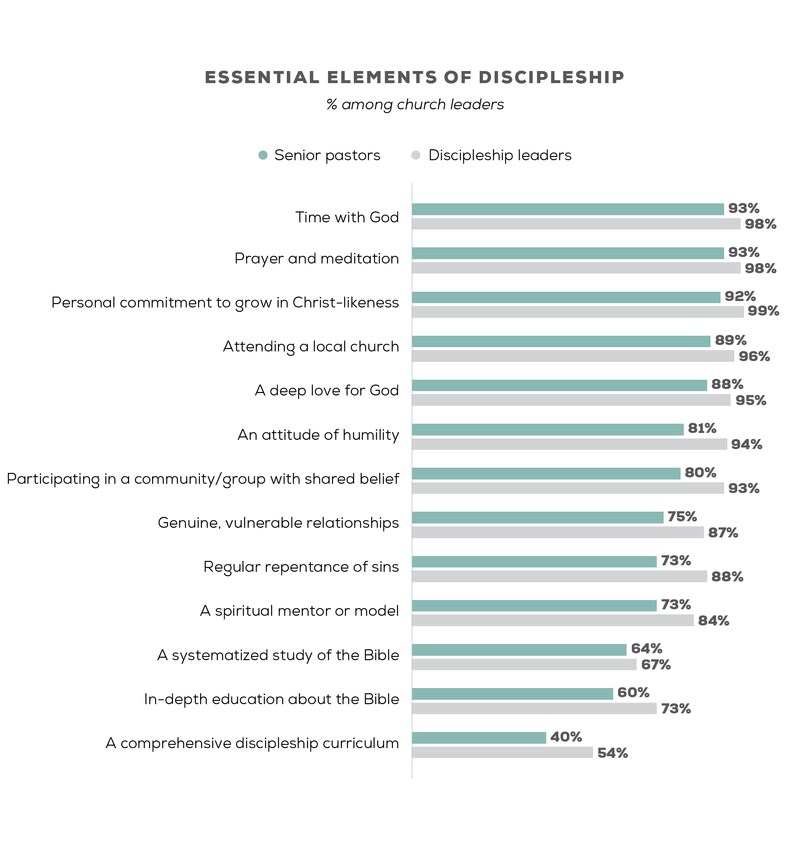 CT's past coverage of discipleship includes why some multiethnic churches don't mandate diversity in small groups, how boring work is good for the soul, and becoming a servant by dressing like one. On The Exchange, Ed Stetzer has blogged on the essential elements of transformational small groups. 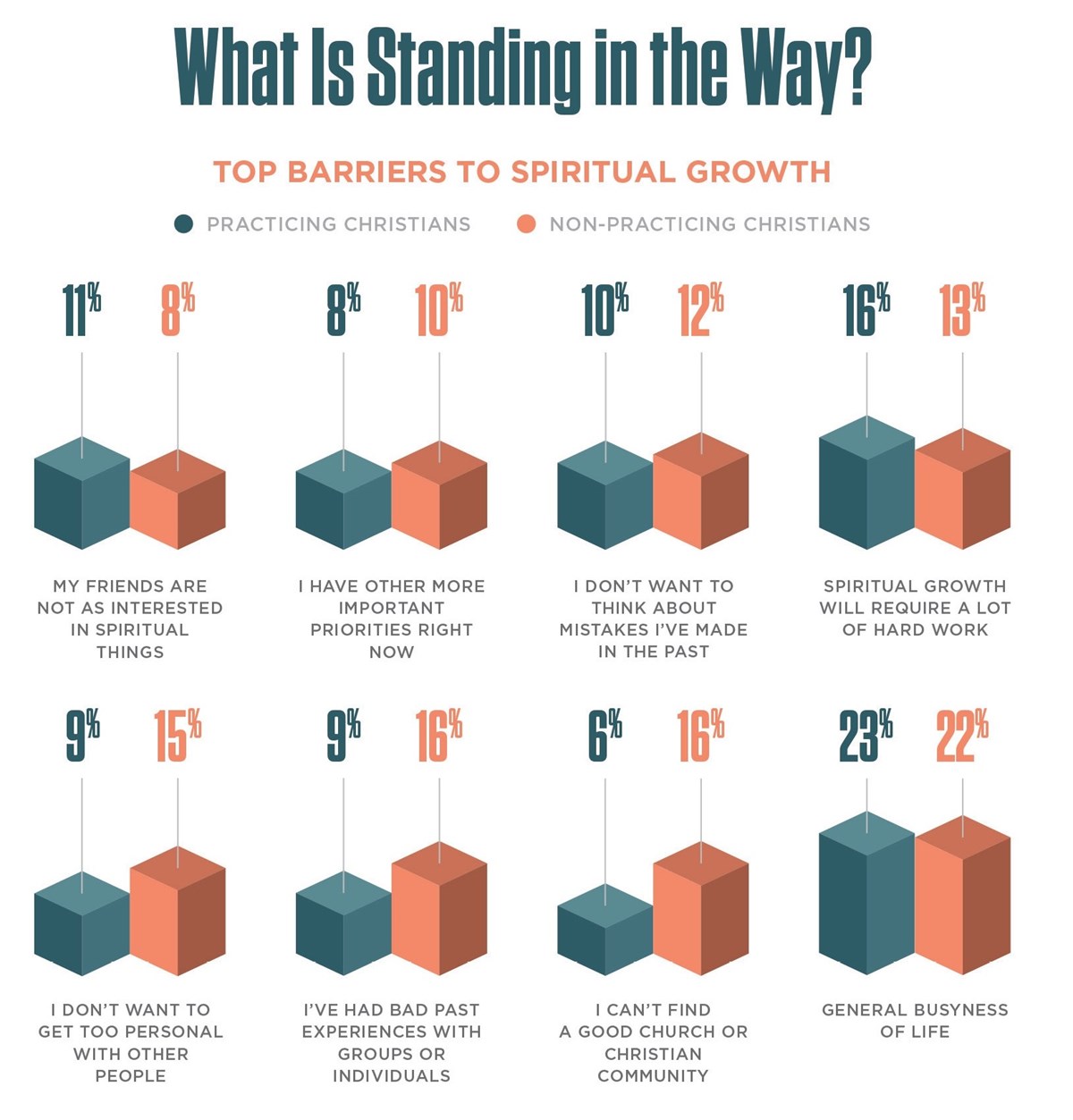