The Waldensians suffered years of massacre, rape, and pillaging during the Catholic Church’s attempt to stomp it out.
Sarah Eekhoff Zylstra|July 7, 2015 10:38 AM
español 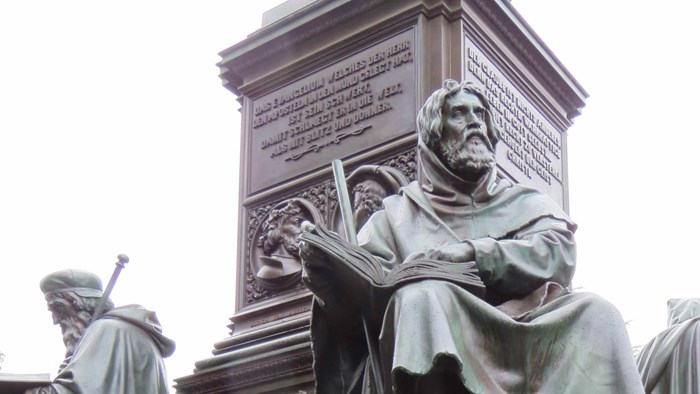 At the same time NBC's Brian Williams was beginning his high-profile “apology tour,” a quieter confession from the Vatican slipped under the radar.

In late June, Pope Francis apologized to “the oldest evangelical Church” for the Catholic Church’s persecution during the Middle Ages.

“On the part of the Catholic Church, I ask your forgiveness, I ask it for the non-Christian and even inhuman attitudes and behavior that we have showed you,” Francis said during the first-ever visit by a pope to a Waldensian church. “In the name of the Lord Jesus Christ, forgive us!”

The Waldensian church was founded by Peter Waldo in the 12th century after he gave up his possessions and took up a life of poverty and preaching.

Waldo’s monastic lifestyle and ideas were similar to those of the pope’s namesake, Francis of Assisi, but his insistence on preaching as a lay person, and on speaking out against the excesses of the church, got him excommunicated.

The Waldensians took up residence in Italy, not far from the border of France. The little group suffered years of massacre, rape, and pillaging during the Catholic Church’s attempt to stomp it out. During one famous massacre, more than 1,700 Waldensian lives were taken on Easter week in 1655.

“The story of the Waldensians is a story of devotion to the Scriptures, and of perseverance—a story that should inspire us all,” wrote Christian History magazine in a 1989 issue devoted to the Waldensians.

Thousands of Waldensians emigrated to Germany, where they became Lutherans. Others came to the United States, where many were absorbed by the Presbyterian Church, and to South America, where one Waldensian pastor became “good friends” with Jorge Bergoglio before his election as pope.

Francis apologized in Turin, the city where the Easter massacre was authorized.

“It was recognized at the time that Pope Innocent III decided to authorize Francis’ new religious order in 1210 because of Waldo’s success,” wrote Mark Silk, director of the Center for the Study of Religion in Public Life at Trinity College. “Making friends and amends with the Waldensians was thus not just another bit of ecumenical outreach for the present leader of the Catholic Church. In speaking of the possibility of collaborating with them on ‘service to humanity which suffers, to the poor, the sick, the migrants,’ Francis showed he knew that they are very much Christians after his own heart. Indeed, had Alexander III been as enlightened as Innocent III, the present occupant of the See of Peter might very well have named himself not Pope Francis but Pope Waldo.”

The apology comes 18 years after a Catholic archbishop stood in a Waldensian church and apologized for the “suffering and injury” inflicted on them.

Last year, Francis apologized to Pentecostals for their persecution under Italy’s fascist regime, which did not allow them to practice their faith.

CT follows Pope Francis, including his recent letter on global warming and how many evangelicals disagree with his warning, his popularity among Argentine evangelicals, and how his status among US evangelicals puzzles those in Italy.